Maina Kiai and two other United Nations independent human rights experts today expressed serious concern at the “obstructive, intimidating and stigmatizing effects” brought about by the current implementation in the Russian Federation of the law on ‘non-commercial organizations’ (NCOs), adopted on 21 November 2012 by the Duma. 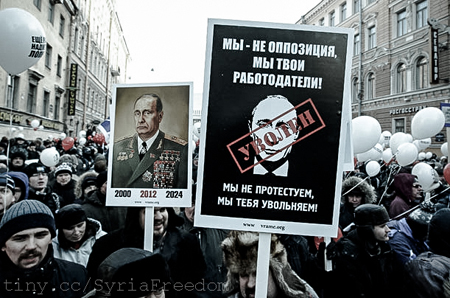 “Unfortunately, our fears seem to have been confirmed,” said the Special Rapporteur on the rights to peaceful assembly and of association, Maina Kiai.

In July 2012, the three experts warned that the law could brand as ‘foreign agents’ all foreign-funded NCOs engaging in political activities and impose severe penalties for non-compliance with the established requirements. They also raised alarm about the use of the term ‘foreign agents’, which can be associated with ‘spy’ and lead to increased stigmatization and vulnerability to acts of violence against those targeted.

“Since the law was passed, we now witness an unprecedented wave of inspections some of which have led to administrative cases against NCOs, including severe penalties,” the expert said.

Mr. Kiai also stressed that these inspections lack appropriate legal basis as the protection of sovereignty is not listed as a legitimate ground to restrict freedom of association, according to international human rights law. “States cannot refer to additional grounds, even those provided by domestic legislation, and cannot loosely interpret international obligations to restrict the right to freedom of association,” he noted.

“Defenders should be able to participate in public affairs by raising issues of public interest in a critical way, irrespective of where their funding comes from,” she stressed. “This type of work should not been seen as a political activity but as an essential component of an open and democratic society.”

“Everyone should be entitled to promote and express their ideas freely without undue restrictions,” added the Special Rapporteur on the right to freedom of opinion and expression, Frank La Rue.

They drew special attention to the unanimously strong stance adopted by the UN Human Rights Council in a recent landmark resolution against any type of legislation used to unduly obstruct or criminalize the work of human rights defenders on account of the origin of their funding. (“Protecting human rights defenders”: http://daccess-dds-ny.un.org/doc/RESOLUTION/GEN/G13/129/28/PDF/G1312928.pdf?OpenElement)

The experts concluded by offering the Government further assistance and technical advice on legislation affecting the work of civil society and right defenders.

A full version of this press release is available via OHCHR in English, Russian and Chinese.