The final issue of the newsletter was published on May 3, 2017. 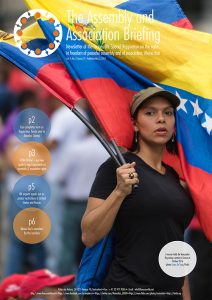 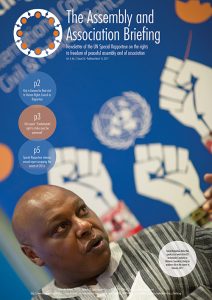 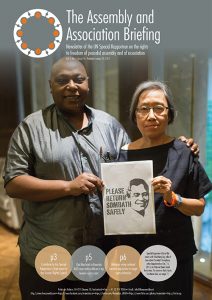 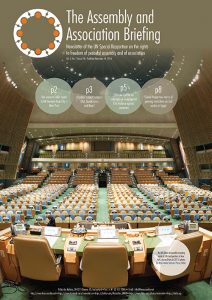 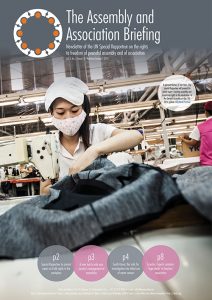 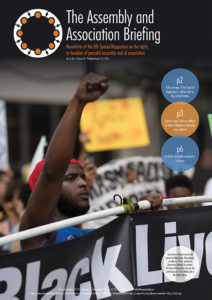 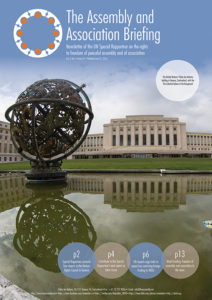 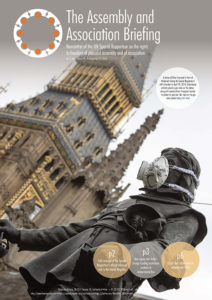 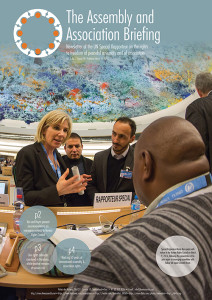 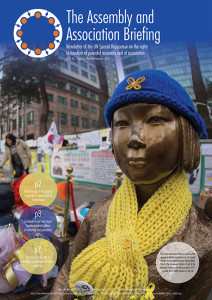 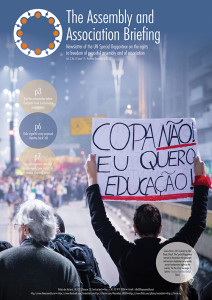 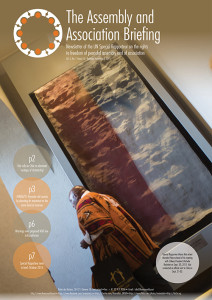 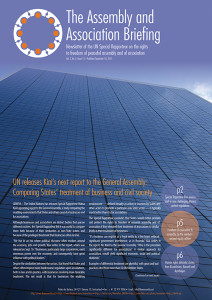 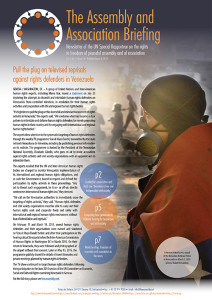 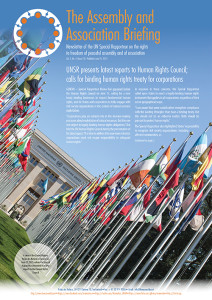 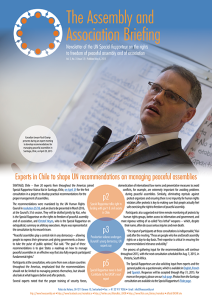 Issue 12 (April-May 2015)
Experts in Chile to shape recommendations on peaceful protests • Ethiopia Zone 9 bloggers • Latin America and the right to funding • Burundi • call to contribute to the UNSR’s Oct. 2015 report 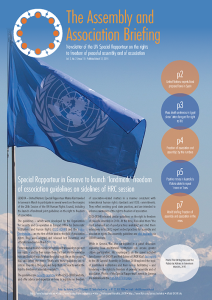 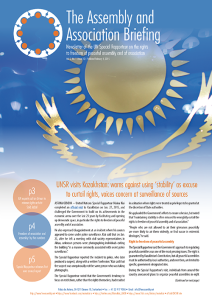 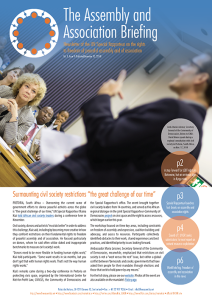 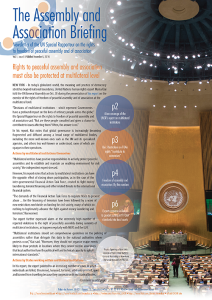 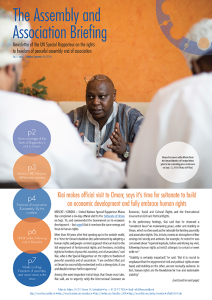 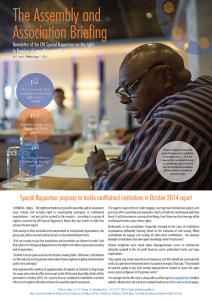 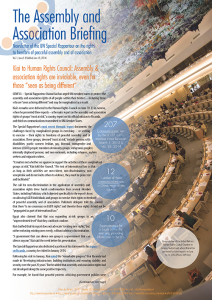 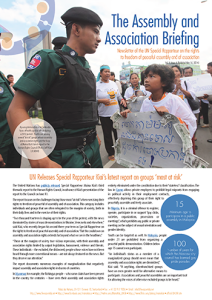 Issue 4 (May 2014)
UN Releases Special Rapporteur Kiai’s latest report on groups ‘most at risk’ • Azerbaijan HRD charges • ‘political will’ as an obstacle to FoAA rights • video: narrowing space in Canada 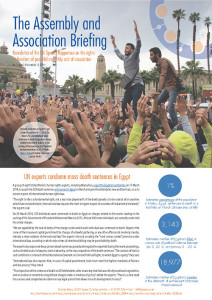 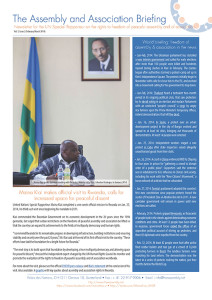 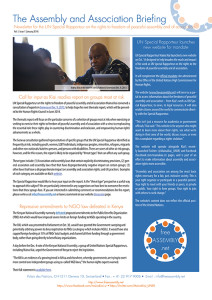