Discussion: A call for information ahead of the Special Rapporteur’s July mission to the United States 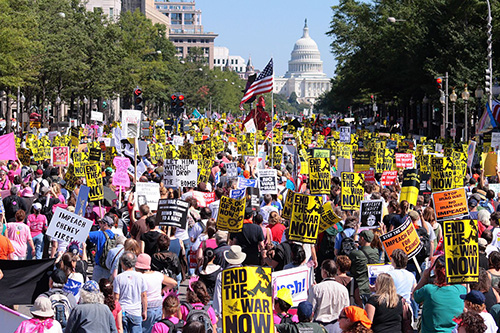 If you’ve been following our newsletter, you’re probably aware that Special Rapporteur Maina Kiai will be making an official visit to the United States of America from July 11-27, 2016.

Kiai is visiting at the invitation of the US Government, so that he can make an in-depth assessment of the country’s promotion and protection of the rights to freedom of peaceful assembly and of association. The Special Rapporteur will meet with government officials, civil society and others, traveling to Washington, DC, and a number of other cities throughout the country. He’ll then hold a press conference announcing his preliminary findings in Washington, DC, on July 27.

The situation surrounding assembly and association rights US presents a number of intriguing and important issues. But the US is also a big country: 50 States, 318 million people and nearly 10 million square kilometers. That makes it hard to cover everything and meet everyone in roughly two weeks.

To that end, the mandate is putting out a general call for information ahead of the mission. What are the most pressing issues related to assembly and association rights in the United States at the moment? What issues do you think the Special Rapporteur should look into? What would you like to see covered in the final report?

How to submit: Have an idea? E-mail it to us at freeassembly@ohchr.org or info@freeassembly.net.

The call is open to everyone: Governments, civil society, businesses, labor unions and the general public. Your submission doesn’t have to be in any particular format; it can be a one-line e-mail, a short message in the comments section below, or a full-fledged report detailing specific issues you think are important.

Deadline: The US mission will run from July 11-27, 2016. If your submission arrives prior to July 11, it will give the Special Rapporteur a chance to investigate it during his trip. However, the country report will not be presented to the Human Rights Council until June 2017, and will not be be finalized until late winter-2017. Thus, we will still be accepting submissions after the US mission is completed – and all the way up to Jan. 31, 2017.

The Special Rapporteur will take all submissions into consideration, but due to space considerations – the United Nations limits official reports to 10,700 words – he cannot guarantee that all information will be included in the final report.