This page summarizes cases raised with Kazakhstan by the Special Rapporteur between May 1, 2011, (when the Special Rapporteur took up his functions) and February 28, 2017 (the date of the last public release of communications). Communications are released to the public once per year. This page also contains observations on these communications and on responses received from Kazakhstan. Communications and observations are divided into sections based upon which observation report they originally appeared. Each communication is referenced as urgent appeal (UA), allegation letter (AL), joint urgent appeal (JUA) and joint allegation letter (JAL) - the hyperlinks lead to these documents. This is followed by the date the communication was issued, as well as the case number and the State reply (also hyperlinked if available). Summaries and communications are published only in the language of submission (in the case of Kazakhstan, English). First Report (May 1, 2011 to March 15, 2012) Joint urgent appeal, 28/7/2011. Case no. KAZ 2/2011. State Reply: 17/9/2011. Alleged detention of human rights defender and trade unionist. Joint urgent appeal, 13/1/2012. Case no. KAZ 5/2011. State Reply: None to date. Allegations of widespread acts of violence and excessive use of force against protesters in... Continue reading → 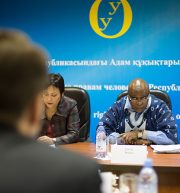 GENEVA / WARSAW – UN human rights experts* today called on Kazakhstan to immediately release human rights defenders Max Bokayev and Talgat Ayan, who are currently in jail for organizing peaceful demonstrations. The two rights defenders were sentenced in November to five years in prison for ‘inciting social discord’, ‘disseminating information known to be false’, and ‘violating the procedure for holding assemblies’. They were also banned from engaging in public activities for three years after serving their sentences for their roles in organizing protests in April and May 2016 to oppose the proposed amendments to Kazakhstan’s land code. “Not only the legal process against Mr. Bokayev and Mr. Ayan raised serious questions about its fairness, but also the charges brought against them essentially criminalized their rights to peaceful assembly and free expression of dissenting views,” the experts said. “The rights defenders, Max and Talgat, should have never faced prosecution for exercising their rights,” they said. “Such prosecution, reportedly tainted with procedural and due process violations, runs counter to Kazakhstan’s international commitments on human rights, including the International Covenant on Civil and Political Rights.” The experts further called the... Continue reading → 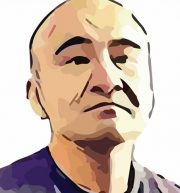 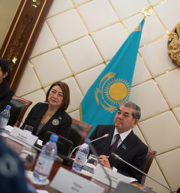 GENEVA –  United Nations human rights experts, including Maina Kiai, today called on the Government of Kazakhstan to protect the rights to freedom of peaceful assembly and freedom of expression after mass arrests, detention and criminal prosecutions following demonstrations over proposed land reforms across the country. Peaceful protests took place last week in six Kazakh cities in response to amendments adopted on the land law governing the rights of foreigners to rent agricultural land in the country. Protesters contend that the changes, which include an increase of such leases from 10 to 25 years, could facilitate the sale of land to the detriment of Kazakh citizens and landowners. “Arrests, detention and criminal prosecutions are being used to deter and punish those protesting and expressing their voices against the land law,” the UN experts noted. “The Government must immediately end all forms of persecution and take effective measures to protect civil society.” The UN experts were alarmed by criminal cases brought against some protestors and human rights defenders for exercising their rights to freedom of peaceful assembly and freedom of expression. The criminal charges being used to target protestors and human rights defenders, include the ‘kindling of social discord’ under... Continue reading → 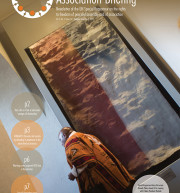 Issue No. 16 of the Assembly and Association Briefing, the newsletter of Maina Kiai, UN Special Rapporteur on the rights to freedom of peaceful assembly and of association. In this issue: • Kiai calls on Chile to eliminate “vestiges of dictatorship” detrimental to assembly rights • UNSR presents report to General Assembly, urges States to promote civil society by elevating its treatment to the same level as business • Experts urge Latin America and Caribbean: adopt trend-setting environmental agreement • UN expert urges Angola to release 14 activists detained for criticizing Government • Draft law threatens independence and existence of Kazakh NGOs, Kiai warns • Heyns and Kiai wrap up consultations for recommendations on facilitating assemblies • Freedom of association and assembly: By the numbers • Special Rapporteur news in brief: October 2015 • World briefing: Freedom of assembly and association in the news For a link to the newsletter, click on the image at right or click here (3.4MB file) or here (5.4MB full resolution file). To subscribe to our newsletter, please drop us a line at info@freeassembly.net with the subject line “subscribe to newsletter.” For other recent newsletters, see the links below: The Assembly and Association Briefing,... Continue reading → 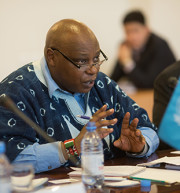 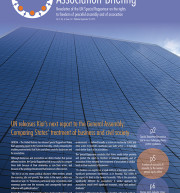 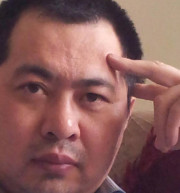