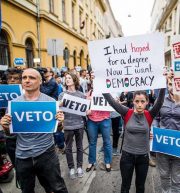 GENEVA – The Parliament of Hungary should reconsider recently adopted legislation which appears to be aimed at undermining the Central European University (CEU) in Budapest, says a United Nations human rights expert. The bill, adopted on 4 April and signed by President János Áder into law yesterday, “is likely to violate the central precepts of academic freedom in a free society,” warned the UN Special Rapporteur on the freedom of opinion and expression, David Kaye. “The new law targets freedom of opinion and expression in Hungary, freedom of academic pursuit, the role that scholarship and research play in the expansion of knowledge and the development of democratic societies,” he said. “Adopted quickly without normal legislative process, the bill seemed designed to damage CEU,” the expert noted. The CEU is accredited in both Hungary and the United States and offers English language postgraduate courses in a range of subjects. The new law requires, among other things, foreign-accredited universities to provide higher education services in their own country. It also bans universities accredited outside the EU from awarding Hungarian diplomas in the absence of a binding international agreement between the Hungarian government and the national government of the foreign... Continue reading → 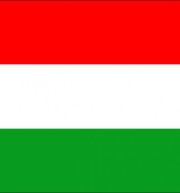 This page summarizes cases raised with Hungary by the Special Rapporteur between May 1, 2011, (when the Special Rapporteur took up his functions) and February 28, 2017 (the date of the last public release of communications). Communications are released to the public once per year. This page also contains observations on these communications and on responses received from Hungary. Communications and observations are divided into sections based upon which observation report they originally appeared. Each communication is referenced as urgent appeal (UA), allegation letter (AL), joint urgent appeal (JUA) and joint allegation letter (JAL) - the hyperlinks lead to these documents. This is followed by the date the communication was issued, as well as the case number and the State reply (also hyperlinked if available). Summaries and communications are published only in the language of submission (in the case of Hungary, English). First Report (May 1, 2011 to March 15, 2012) Joint allegation letter, 18/7/2011. Case no. HUN 2/2011. State Reply: 7/9/2011. Alleged restriction of religious freedom and right to assemble, worship and practice of those belonging to minority faiths. Observations The Special Rapporteur thanks the Government of Hungary for its response to his communication dated 18 July... Continue reading → 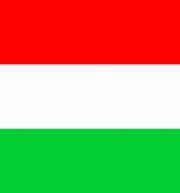 Maina Kiai and two other UN Independent Experts welcomed today the recent decision of the European Court of Human Rights that signaled clearly that associations which convey radical extreme-right messages have no place in democratic societies. On 9 July 2013, the European Court of Human Rights found in Vona vs. Hungary that expressions of racial division calling for race-based actions with intimidating effects on members of racial minorities exceed the scope of protection under the European Convention on Human Rights. “We praise the decision of the European Court of Human Rights as it represents a much needed call for action for the defence of the rights and dignity of persons belonging to minorities, Roma people in the present case,” said the UN Independent Expert on minority issues, Ms. Rita Izsák. “The Court’s decision is clear: as article 20 of the International Covenant on Civil and Political Rights provides that any statements that incite or advocate racial hatred are prohibited and should attract judicial censure,” added the Special Rapporteur on contemporary forms of racism, Mr. Mutuma Ruteere. In this connection, the Special Rapporteur on the rights to freedom of peaceful assembly, Mr. Maina Kiai, reminded that in general the right to freedom of association should be enjoyed... Continue reading →