NAIROBI – Special Rapporteur Maina Kiai today announced the launch of FOAA Online!, a web-based legal research tool billed as the world’s most user-friendly compilation of legal arguments on assembly and association rights. The ready-made legal arguments, which are based on international law, standards and principles, will assist lawyers, activists and judges involved in freedom of peaceful assembly and freedom of association (FOAA) cases to uphold the exercise of these rights. FOAA Online! – which is available at http://freeassembly.net/foaa-online – is initially being launched with limited content for beta testing. Additional content will be added regularly, with the complete research tool available expected to be available in late June 2017. The tool is organized by thematic topics and sub-questions in order to direct users as straightforwardly as possible to relevant legal arguments. The set-up allows users to link the facts and incidents in their cases to pertinent legal questions. Themes and questions are focused on the most widespread issues experienced by those exercising their assembly and association rights around the globe. The idea for FOAA Online! grew out of the Special Rapporteur’s litigation project, which was started in 2014 to advance the rights to freedom of peaceful... Continue reading → 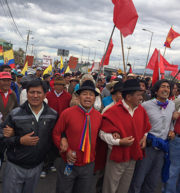 (En español) GENEVA – A group of United Nations human rights experts today condemned the use of the domestic legislation in Ecuador to dissolve the National Union of Teachers (UNE), the largest teachers trade union in the country. The UNE, founded in 1950, was dissolved through the application of Executive Decree N. 739, which regulates the operation of social organizations. “Executive Decree N. 739 establishes overly broad restrictions to freedom of expression and freedom of association, and allows State authorities to dissolve associations based on ambiguous criteria,” the experts noted. “We are deeply concerned that this legislation indeed provides the executive with discretionary power to suppress the voice of civil society in the country.” The experts stressed that all people should enjoy the right to freedom of association recognized by international law and enshrined in the International Covenant on Civil and Political Rights, which Ecuador ratified in March 1969. “The right to freedom of association is a fundamental right, to which only a very limited number of restrictions may apply,” said the UN Special Rapporteur on the rights to freedom of peaceful assembly and of association, Maina Kiai, while stressing that “the right to freedom of association is at the core of... Continue reading → 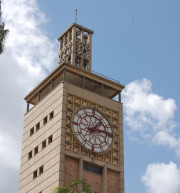 GENEVA – A group of United Nations Special Rapporteurs today urged the Government of Kenya to reject legislation that would impose severe restrictions on civil society. “The Bill is an evidence of a growing trend in Africa and elsewhere, whereby governments are trying to exert more control over independent groups using so-called ‘NGO laws,’” the human rights experts warned. The Bill, which was presented to Parliament on 30 October, would amend Kenya’s Public Benefit Organization Act of 2012 and grant the Government sweeping and potentially arbitrary powers to deny registration for such organizations, including NGOs. It would also cap foreign funding at 15% of their total budgets and channel all their funding through a government body, rather than going directly to beneficiary organizations. “The amendments to the regulations of associations contained in the draft law could have profound consequences for civil society organizations in Kenya, including for those involved in human rights work, and could deter individuals from expressing dissenting views,” the UN Special Rapporteur on the situation of human rights defenders, Margaret Sekaggya, stressed. The expert called on the Kenyan authorities to immediately suspend the legislative process of the Bill, and to re-evaluate it in line... Continue reading → 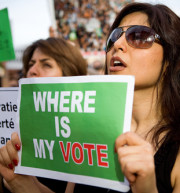 News | Video: Understanding and Responding to Attacks on Civil Society: The Roles of Politics and Law 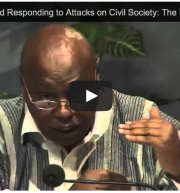 On August 12, 2012, Maina Kiai participated in a discussion panel sponsored by the Woodrow Wilson Center in Washington, DC, entitled "Understanding and Responding to Attacks on Civil Society: The Roles of Politics and Law." The panel also featured Nilda Bullain (International Center for Not-for-Profit Law), Carl Gershman (National Endowment for Democracy) and Kent Hughes (Public Policy Scholar, former director Program on America and the Global Economy). The panel is available via YouTube... Continue reading →

The United Nations Special Rapporteur on the rights to freedom of peaceful assembly and of association, Mr. Maina Kiai, warned that the current public draft of the Law on Associations and Non-Governmental Organizations in Cambodia - if adopted - risks breaching the International Covenant on Civil and Political Rights. “The current draft NGO Law contains a set of problematic provisions, raising concerns over a potential negative impact on Cambodian citizens’ democratic participation in furthering the development of their country,” warned the UN rights expert. Welcoming a recent statement by the Ambassador of Cambodia to the UN Human Rights Council promising “further consultations,” he called on the authorities to review the draft law in open and meaningful discussions with associations and NGOs. Mr. Kiai stressed that the draft law makes registration of associations and NGOs mandatory, not voluntary, and prohibits any activity by unregistered groups. “This constitutes a clear infringement of the right to freedom of association. Having a recognized legal status may confer rights and benefits to organizations such as the ability to open bank accounts, but legal status is not necessary for the enjoyment of the right to freedom of association.” “The draft law excludes refugees, stateless... Continue reading →

News | Video: Peaceful protests -the Need for guidelines in freedom of assembly 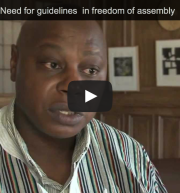 In this video, produced by the UN Office of the High Commissioner for Human Rights, Maina Kiai UN Special Rapporteur on the rights to freedom of peaceful assembly and of association, discusses the need to have practical guidelines to these... Continue reading →