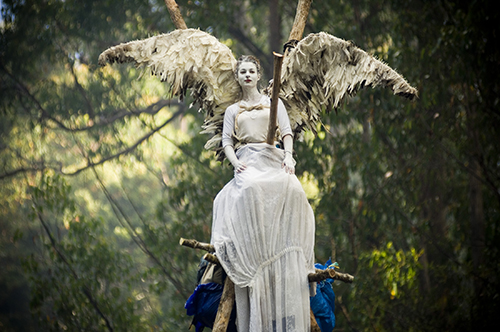 Members of the regional parliament have indicated that the Bill aims at preventing protestors from locking themselves onto equipment, trees, and other objects with innovative methods in order to frustrate or delay development sites. The anti-protest Bill is scheduled to be debated on Tuesday 16 February.

“If the Bill passes, it would go against Australia’s international obligations under international human rights law, including the rights to freedom of opinion and expression as well as peaceful assembly and association,” said the UN Special Rapporteurs on freedom of expression, David Kaye, on freedoms of peaceful assembly and association, Maina Kiai, and on human rights defenders, Michel Forst.

“The proposed legislation will have the chilling effect of silencing dissenters and punishing expression protected by international human rights law. Instead of having a necessary legitimate aim, the Bill’s offense provisions disproportionately criminalize legitimate protest actions,” Mr. Kaye warned.

Special Rapporteur Kiai stressed that the passage of the Bill would grant police disproportionate and unnecessary powers to restrict lawful protests, primarily against environmental activists trying to raise awareness of key environmental issues. “It discourages legitimate protest activity and instead, prioritizes business and government resource interests over the democratic rights of individuals,” he noted.

“Human rights defenders have a legitimate right to promote and protect all human rights, including the right to a healthy environment, regardless of whether their peaceful activities are seen by some as frustrating development projects or are costlier for the police to address,” Mr. Forst underscored.

“Environmentalists and land rights defenders are already among the ones most at risk, and the State is obligated to protect and support them,” said the Special Rapporteur who will carry out his first official visit to Australia later this year.

In September 2014, the three UN human rights experts had urged the Tasmanian Government to withdraw a similar anti-protest bill, which also targets environmental protestors. The experts remain concerned over the implementation of the Tasmanian law.