Authorities should not interfere with internal affairs of associations, Kiai tells African Court in Rwanda case 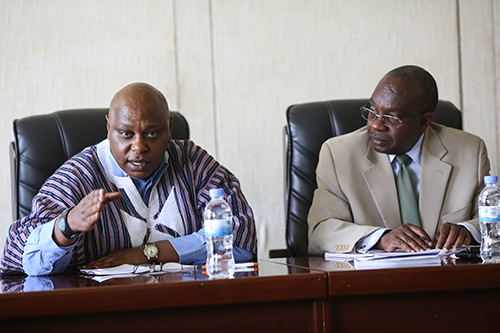 NAIROBI/ARUSHA – Special Rapporteur Maina Kiai has filed an amicus curiae brief before Africa’s top human rights court stating that authorities which interfere with the internal affairs of associations violate the international right to freedom of association.

The brief was filed in the case of Laurent Munyandilikirwa versus The Republic of Rwanda, which concerns the alleged government-supported takeover in 2013-14 of the Rwandan League for the Promotion and Defense of Human Rights (LIPRODHOR), one of Rwanda’s most prominent and outspoken human rights organizations at the time. The case is currently pending before the African Court of Human and Peoples’ Rights in Arusha, Tanzania.

In July 2013, a group of LIPRODHOR members met in violation of the organization’s by-laws and voted in a new board, ousting the NGO’s previous leadership. The ousted board challenged the change in leadership via LIPRODHOR’s internal dispute resolution process, which ruled in their favor. Despite this, the Rwanda Governance Board – the government body that regulates NGOs in the country – moved rapidly to recognize the new board.

Government authorities then doubled down by preventing members of the old board from conducting a human rights training in 2013, and from meeting to discuss the status of LIPRODHOR in 2014.

Ousted LIPRODHOR president Laurent Munyandilikirwa challenged the formation of the new board in Rwanda’s courts, but his case was ultimately dismissed in 2015. He then brought the case before the African Court.

The facts before the Court presented a number of legal questions on which the Special Rapporteur shared his insights and experience. In the brief, the Special Rapporteur concluded that the right to freedom of association is violated when government authorities hastily recognize a new board if (1) they know that the board’s legitimacy is disputed, and (2) the recognition contradicts the decision of the association’s internal conflict resolution mechanisms.

Government action to prevent association members from meeting also constitutes a violation of the right to freedom of association when the interference is not prescribed by law, not in furtherance of a legitimate aim or not proportional to the legitimate interest sought to be protected.

“It is hard to identify any potential corresponding legitimate aim for the described interferences with holding human rights meetings or respecting internal conflict resolution mechanisms,” Kiai wrote. “Such interferences do not further collective security, morality, or the common interest.”

The independent UN expert noted that the “hasty” approval of the new board by authorities – with no regard for the organization’s internal rules – led to a de facto dissolution of the association.

“Involuntary dissolution amounts to one of the most severe forms of restrictions on the right to freedom of association,” Kiai wrote. “Dissolution should be strictly proportional to the legitimate aim pursued and used only when softer measures would be insufficient.”

Kiai also wrote that authorities have a duty to protect members of associations against the interference with their rights by third parties, and to create an environment that enables the exercise of the right to freedom of association in general.

The Special Rapporteur made an official visit to Rwanda in January 2014, in the midst of the events covered in the case. His report on the country visit can be found here.

The brief, which was submitted on January 5, 2017, is the sixth official court filing in the UN expert’s project to advance the rights to freedom of peaceful assembly and of association through the use of litigation in national and regional courts.

The full amicus brief is available to the public here. A decision in the case is expected later this year.