Kiai to financial crime body: foster civil society as a partner, not an enemy, in the fight against terrorism 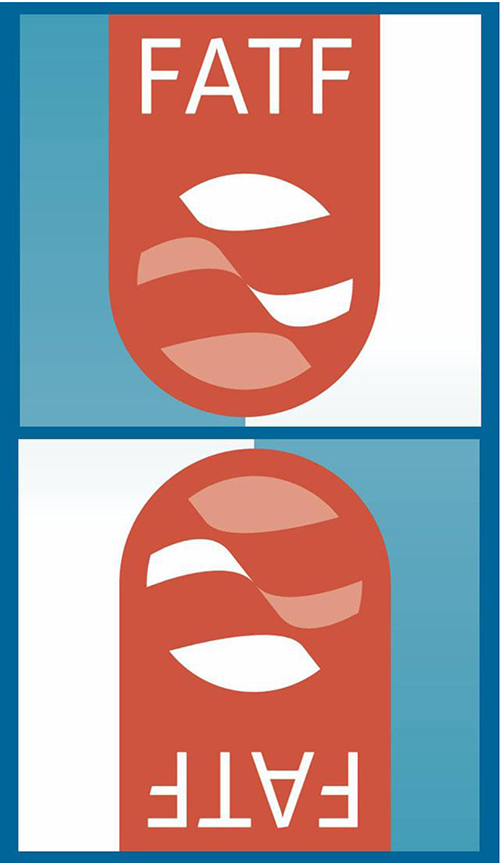 VIENNA – Special Rapporteur Maina Kiai has called upon the Financial Action Task Force (FATF) – an intergovernmental body that sets standards to combat money laundering and terrorist financing – to improve its cooperation with civil society, and to consider the sector’s significant contributions in the fight against terrorism.

He also commended the body for its decision to review its interpretation of Recommendation 8, a controversial measure that requires FATF member States to ensure that their laws sufficiently prevent non-profit organisations from financing of terrorism. The Recommendation has drawn sharp criticism in recent years, with many civil society organizations – and Kiai himself – reporting that oppressive governments have used it as an excuse to crack down on dissent.

Kiai, who is the Special Rapporteur on the rights to freedom of peaceful assembly and of association, made the comments via a written submission to FATF’s “Consultation and Dialogue Meeting with Non-Profit Organizations,” held on April 18 in Vienna, Austria. The delegates will examine the impact of Recommendation 8 on civil society, among other things.

The Special Rapporteur further called upon FATF “to leverage its leadership position to positively influence governments’ approach to counter-terrorism mechanisms away from measures that constrain civic space.”

Statement by Maina Kiai, United Nations Special Rapporteur on the rights to freedom of peaceful assembly and of association, at the Financial Action Task Force Consultation and Dialogue Meeting with Non-Profit Organisations held on 18 April 2016

I am pleased to have the opportunity to address you at this important meeting, and I wish to express my appreciation to the Financial Action Task Force (FATF) for inviting me to participate. I would have liked to be with you today, but unfortunately, due to other prior engagements, I am unable to attend in person.

From the outset, I would like to commend FATF for its decision to review Recommendation 8 in addition to the ongoing revisions to the Interpretive Note for Recommendation 8. I welcome FATF’s assurances, placing high importance on safeguarding non-profit organisations (NPOs) from abuse, in line with the risk-based approach so as not to disrupt or discourage legitimate charitable activities.

Through this presentation, I hope to highlight two key points: 1) that counter-terrorism measures contribute to the current trends of shrinking space for civil society or the non-profit sector; and 2) that civil society’s contribution to finding solutions, though often overlooked and underutilized, is indispensable. I suggest measures that FATF could take to address this gap not only with regard to the current process of revising counter-terrorism policy and guidance affecting NPOs, but also more broadly, in its interaction with the NPO sector.

I have held the position of United Nations Special Rapporteur on the rights to freedom of peaceful assembly and of association since May 2011. As you may know, the United Nations Human Rights Council established this mandate in the aftermath of the so called ‘Arab Awakening’ and in recognition of the fast pace at which the operating environment for civil society action was, and still is, deteriorating. The resolution establishing the mandate requests the mandate-holder to examine, monitor, advise and publicly report on the exercise of the rights to freedom of peaceful assembly and of association worldwide. Pursuant to this mandate, I have been working closely with non-governmental and governmental entities to receive information that would help me identify trends, developments and challenges in relation to the exercise of these rights, and to make recommendations on ways and means to ensure the promotion and protection of the rights.

The increasing restrictions placed by governments on the ability of civil society organisations to access resources, especially from foreign sources, was one of the earliest challenges brought to my attention. Counter-terrorism measures, and specifically FATF’s Recommendation 8, were reported as being used by States inadvertently, and sometimes maliciously, to restrict funding flows to NPOs. The effect of Recommendation 8 was to cast suspicion on the entire non-profit sector as being susceptible to terrorist financing. In my second report to the Human Rights Council (A/HRC/23/39), I addressed this issue, emphasizing that available evidence does not support the perception of the sector being vulnerable to terrorism. In fact, FATF’s own analysis has found that only a very small proportion of the millions of non-profit organisations working worldwide have been abused for terrorist purposes. And there is no evidence to suggest that the non-profit sector is any more likely than the for-profit sector to be exploited by terrorist elements. Yet, the effects of this blunt sector-wide approach are far reaching, affecting both the rights of organisations and the rights of individuals. The restrictive effects of these measures negatively impact not just how organisations operate, but also in many cases, the very lifeline of individuals who depend on the work of these organisations.

The counter-terrorism narrative has been used in other ways as well, unrelated to FATF’s policies, to restrict the scope of civil society action. For example, anti-terrorism legislation is increasingly being used to target individuals and groups that express dissenting views or advocate for unpopular causes by imposing onerous establishment or operating requirements ostensibly to ensure they are not engaged in terrorist activity; subjecting these groups to unwarranted surveillance, to harassment, intimidation and criminalization of their activities; and in general, creating a chilling and hostile environment for the promotion of a thriving and vibrant civil society.

States have the legitimate responsibility to fight terrorism, and to this end have developed mechanisms applicable to their populations at large to identify and root out terrorist activity. These mechanisms such as banking and financial integrity laws can be applied to non-profits as effectively as they are applied to other entities, without singling out the non-profit status of organisations as a basis for scrutiny or action.  FATF should leverage its leadership position to positively influence governments’ approach to counter-terrorism mechanisms away from measures that constrain civic space.

It is clear to me that the approach to countering terrorist activity needs to shift from regarding NPOs as part of the problem, to embracing them as integral to the solution. I am aware that this is the second consultation that FATF is holding with NPOs, and that NPOs have contributed to prior consultations. I welcome this positive involvement of NPOs in the policy development processes, but would urge even deeper, more open and interactive engagement with the sector.

Through their direct connections with the population and their prodigious work in poverty reduction, peacebuilding, humanitarian assistance, human rights and social justice, including in politically complex environments, civil society organizations play a crucial role against the threat of terrorism. NPOs are aware of, and understand, the risks of exposure to terrorist activity that they may face in the course of their operations depending on variables such as the geographical location of their activities, type of activity, and their history of engagement with stakeholders, among others. They generally undertake their own risk analyses, and identify and develop mitigation measures to address these, collectively accumulating valuable experience that could be applied at a global level.

In my report to the UN General Assembly in 2014, I addressed the role of multilateral institutions in promoting the exercise of the rights to freedom of peaceful assembly and association (A/69/365). A key obstacle to the fulfillment of multilaterals’ duties and potential, I found, is the lack of effective participation mechanisms for civil society. This deprives multilateral institutions of opportunities to adopt people-centered perspectives and to develop solutions that respond to peoples’ lived realities. This erodes the exercise of human rights in general, and the right to freedom of association in particular.

In order to be more effective, FATF should institutionalize the participation of NPOs, making them a vital component in crafting policies and measures developed that affect the non-profit sector. This means recognizing the important role that non-profits can play in planning, agenda-setting, decision- and policy-making, implementation and evaluation, and providing appropriate avenues for the representation of a diverse range of independent non-profit actors during these processes. In practical terms, effective engagement with NPOs requires that feedback is solicited not just consistently, but based as much as possible on concrete proposals; these requests for input and proposals should be widely disseminated; time-frames for responses should be sufficient to encourage detailed analyses of the issues; and representatives from the non-profit sector should be invited to attend consultative meetings as often as they are held and afforded speaking rights at these meetings.

In this way, FATF will ensure that its policies benefit from NPOs’ wealth of experience and that they promote a shared vision of how to jointly address the threat of terrorism and terrorism financing.

In conclusion, ladies and gentlemen,

Shrinking space for civil society is a very real phenomenon around the world today, constraining the ability of individuals and groups of individuals to freely engage in activities that improve their lives. I am encouraged by the steps FATF has already taken to ensure that its counter-terrorism policy is not used to further reduce space for NPOs. But, ultimately, measures to address terrorism that affect NPOs cannot be effective without robust NPO engagement. Member states of FATF bear key responsibilities to ensure respect, protection and promotion of human rights within these endeavors at the domestic and international levels. I urge all concerned governments and agencies to increase their cooperation and support for more open dialogue with NPOs.

I remain at the disposal of FATF and Member States to provide technical assistance in line with my mandate as deemed necessary. In addition, I would be pleased to continue this exchange with a view to deepening collaboration between FATF and my mandate.

I thank you for the opportunity to contribute to this important consultation.

Commentary: The problem of closing civic space creeps into the United Nations’ Committee on NGOs
May 27, 2016

What is permissible and what is not when countering terrorism? UN experts welcome new African guidelines
April 7, 2016
View the quotes in your language: