Commentary: The problem of closing civic space creeps into the United Nations’ Committee on NGOs 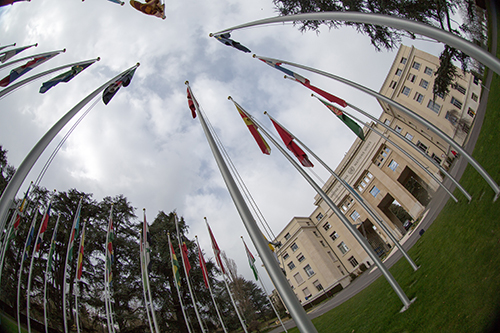 Commentary by Maina Kiai,
UN Special Rapporteur on the rights to freedom of peaceful assembly and of association

It’s been well documented in recent years that space for ordinary people to exercise their fundamental freedoms – and to participate in their own governance – is closing at a rapid and disturbing pace worldwide. A 2015 study, for example, showed that the core freedoms of expression, association and peaceful assembly were violated to a significant degree in at least 96 countries during 2014. And that is only one of many indicators.

What’s less discussed is that space to exercise fundamental freedoms is closing at the international level as well. And ground zero, shamefully, is the very place where these rights should be thriving: The United Nations, one of whose pillars, ironically, is human rights.

The United Nations human rights bodies and mechanisms, including the Human Rights Council, are key spaces for NGOs to exercise their rights to freedom of expression, association and peaceful assembly that are so frequently denied back home. But the same governments that are restricting NGOs domestically are stepping up efforts to take away NGOs’ voices on the international stage as well. They are doing this by hijacking, and subsequently closing, the main door used by civil society to enter the United Nations system: the Committee on NGOs.

The Committee – which is currently in session through June 1 in New York – is mandated to consider applications by NGOs for ‘consultative status,’ which then allows NGOs access to UN spaces, where they can make oral statements, lobbying diplomats, submit information and organize side events. The Committee was created to “ensure, to the extent possible, participation of non-governmental organizations from all regions, and particularly from developing countries, in order to help to achieve a just, balanced, effective and genuine involvement of non-governmental organizations from all regions and areas of the world.”

In other words, the Committee should value pluralism and a diversity of voices, so that as many perspectives as possible are represented in the halls of the United Nations. Unfortunately, when it comes to NGOs working on human rights, some members of the Committee want nothing to do with “balanced, effective and genuine involvement.”

I highlighted problems with the Committee in a 2014 report I submitted to the UN, which documented the exercise of the rights to freedom of peaceful assembly and of association in multilateral institutions such as the United Nations (A/69/365). I noted several instances where the Committee arbitrarily deferred applications for consultative status of NGOs working on human rights, in some cases for many years, through repetitive and irrelevant questioning designed to block their accreditation.

The case of the International Dalit Solidarity Network, an international NGO focusing on caste-based discrimination, is especially troubling. It has received 75 written questions from the Committee since 2008, all raised by one country, India. It is now the longest pending application before the Committee (IDSN will go before the committee for the 8th time today, May 27, 2016). When I wrote my report in 2014, of the 48 repeatedly deferred applications, 46 NGOs were working on human rights issues. Those who faced the greatest obstacles were those working on sexual orientation and gender identity, minority rights, or sexual and reproductive rights.

The practice of NGO harassment by some Committee members, I noted, “profoundly undermine[d] the ability of the United Nations to constructively engage with civil society.” Unfortunately, not much has changed.

Just yesterday, the Committee voted to deny consultative status to the Committee to Protect Journalists (CPJ), denying it access to UN bodies and processes at a time when such a voice is sorely needed (Reporters Without Borders, for example, reported a “decline on all fronts” for press freedom in 2015, while CPJ itself documented the killing of 73 journalists in the same year). CPJ’s application had been deferred seven times since the group first applied in 2012. In a statement, CPJ described the accreditation process as “Kafka-esqe,” saying their application has been deferred by “persistent, lengthy, and repetitive questioning.”

At another session in January 2016, the Committee took an unprecedented vote to deny an NGO, the Khmer Kampuchea-Krom Federation (KKF), even the right to speak at a regular Q&A session designed to allow applicant NGOs and the Committee a chance to engage in a dialogue. In this case, the Committee’s vote denied the KKF the right to defend itself against a Committee accusation that the organization sought to undermine the “national unity of the State of Vietnam”. The Committee then voted to close their application. In essence, the NGO was first stigmatized, then silenced, then denied the right to request access to the UN.

Unfortunately, the Committee on NGOs is merely one example of this trend at the UN. Even in processes where NGOs without consultative status are permitted to participate in UN high-level events, NGOs can find themselves excluded if a State objects to their participation. States have evolved a practice in which a list of NGOs requesting to participate is sent around for approval by States on a ‘no-objection’ basis. NGOs can participate if no objection is lodged; but in most cases, States which object do not have to provide any justification and remain anonymous.

In today’s globalized environment, democracy stretches beyond national boundaries, and the United Nations is an arena where some of the world’s most significant political decisions are made. Ordinary people, though civil society organizations that may have a different view from their government, must have a voice in this process, particularly when they can barely speak out at home. The United Nations has a responsibility to give them that voice.

To be clear, this responsibility is not simply about boosting civil society’s profile. It’s also about the effectiveness and credibility of the United Nations as a whole. The challenges our world faces are both monumental and urgent. They won’t be solved with a top-down approach that shuts out civil society. In fact, such an approach is liable to make things worse: Cutting off avenues for peaceful, constructive engagement only pushes people to take more violent and destructive paths, undermining our collective progress.

It is time for UN Member States to ensure the Committee fulfills its mandate and stops pandering to considerations that undermine the ability of the United Nations to fulfill its mission.

For more on the subject of the UN Committee on NGOs, check out the Special Rapporteur’s 2014 report to the General Assembly.