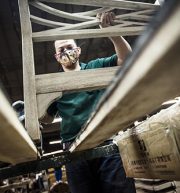 NEW YORK – People’s ability to exercise their assembly and association rights in the workplace is deteriorating drastically worldwide, leading to worsened labour conditions, weaker social protections and increased inequalities, United Nations expert Maina Kiai told the UN General Assembly. Speaking during the presentation of his final report to the main UN body, the Special Rapporteur on the rights to freedom of peaceful assembly and association highlighted unyielding pursuit of profits, increasing corporate power and the changing nature of employment relationships as leading causes of this decline. “Assembly and association rights in the workplace continue to be undermined for a large proportion of workers, mainly because of an economic world order that relentlessly pursues ever-increasing growth and profit at all costs,” Mr. Kiai stated. “Meanwhile,” he added, “the growing power and geographic reach of large corporations has meant that States are increasingly unwilling or unable to regulate these business entities and their attempts to place profits ahead of the rights and dignity of workers.” The independent expert warned that, without the checks and balances provided by robust protection for workers’ rights, workers are inevitably seeing a decline in working conditions,... Continue reading → 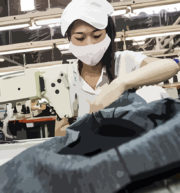