Elections are a unique moment in the life of any nation, determining the direction of policies and priorities. No other event better exemplifies the right to public participation. And no other time requires more robust exercise and protection of the freedoms of assembly and association. Worldwide, however, space for dissent is shrinking around election time - whether it is harassment of civil society groups in Zimbabwe, death threats against activists in Nicaragua, or smear campaigns against election monitors in Malaysia. This report - the the Special Rapporteur's first to the UN General Assembly - documents countless threats to the freedoms of assembly and expression in the context of elections. The report's most critical finding is deceptively simple: elections do not take place in a vacuum, and their quality cannot be judged solely by what happens during the vote. We must also examine what happens before and after elections, and survey the long-term rights landscape, particularly the rights to freedom of peaceful assembly and association. People should be given more space – not less – to exercise their assembly and association rights. The Special Rapporteur believes that threats to freedom of assembly and association during election periods should be among our deepest concerns, because elections... Continue reading → 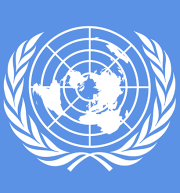 United Nations Special Rapporteur Maina Kiai will address a high-level UN panel hosted by US President Barack Obama on Sept. 23, 2013. The panel, which will be held on the sidelines of the UN General Assembly in New York, is focused on supporting civil society in the face of shrinking space globally. Kiai is the UN special rapporteur on the rights to freedom of peaceful assembly and of association, a position he has held since May 2011. UN Secretary General Ban Ki-moon and several heads of state are expected to be in attendance. Presentations will also be made by Presidents Obama, Enrique Peña Nieto of Mexico and Tsakhiagiin Elbegdorj of Mongolia. “It is a great honor to be invited to address this distinguished group,” Kiai said. “It is also a great opportunity – a chance to directly address these leaders on the most pressing issues confronting civil society globally. “This is an ideal forum to urge the governments of the world to recognize and cement the role that civil society plays in political, civic, economic and social development. ” Kiai’s speech, titled “Sounding the Alarm: emerging threats to civil society and the need for a coordinated international response,” is expected to focus on emerging areas of concern, particularly governmental restrictions on funding for... Continue reading →