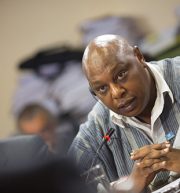 Hearing theme: “Closing civic space and the threat to the future of global democracy” Date: Tuesday, March 21, 2017 Location: Washington, DC, United States of America The Honorable Co-chairs of the Tom Lantos Human Rights Commission of the US Congress, Ladies and Gentlemen: Thank you for inviting me to address this body on the subject of “closing space for civil society” – in other words, the increasingly restrictive and hostile environment that civil society faces throughout the world. I have served as the United Nations Special Rapporteur on the rights to freedom of peaceful assembly and of association since May 2011, with a mandate to examine, monitor and publicly report on these rights across the world. I have been reflecting a great deal on how much the world has changed since the UN Human Rights Council created my mandate in October 2010, which was sponsored by the US. Back then, the rights to freedom of peaceful assembly and of association were sometimes overlooked in the pantheon of rights, and the phrase “closing space for civil society” was way less common. Since then, however, these rights have underpinned some of the most momentous political events of the 21st century: The Arab Awakenings in the Middle East and North Africa; mass protests that forced out... Continue reading →