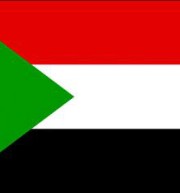 This page summarizes cases raised with Sudan by the Special Rapporteur between May 1, 2011, (when the Special Rapporteur took up his functions) and February 28, 2017 (the date of the last public release of communications). Communications are released to the public once per year. This page also contains observations on these communications and on responses received from Sudan. Communications and observations are divided into sections based upon which observation report they originally appeared. Each communication is referenced as urgent appeal (UA), allegation letter (AL), joint urgent appeal (JUA) and joint allegation letter (JAL) - the hyperlinks lead to these documents. This is followed by the date the communication was issued, as well as the case number and the State reply (also hyperlinked if available). Summaries and communications are published only in the language of submission (in the case of Sudan, English). First Report (May 1, 2011 to March 15, 2012) Joint urgent appeal, 15/2/2012. Case no. SDN 1/2012. State Reply: None to date. Alleged excessive use of force during peaceful demonstrations. Observations The Special Rapporteur regrets that no reply has been received from the Government of Sudan to the urgent appeal sent during the reporting period. He considers responses to his... Continue reading → 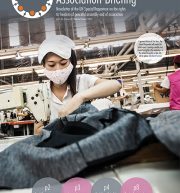 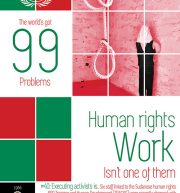 GENEVA – A group of United Nations human rights experts today called on the Sudanese authorities to drop charges carrying the death sentence brought against six people linked to a prominent Khartoum-based organisation, Training and Human Development (TRACKS). The six*, who were detained some three months ago but are yet to face trial, have been charged with criminal conspiracy, undermining the constitutional system, waging war against the State, espionage, and terrorism by the Sudanese State Security Prosecution Office. All these charges carry the death penalty. “The death penalty is an extreme form of punishment. lf used at all, it should only be imposed after a fair trial that respects the most stringent due process guarantees as stipulated in international human rights law,” said UN Special Rapporteur on extrajudicial, summary or arbitrary executions Agnes Callamard. “I am seriously concerned that any trial of these six people would not uphold such principles.” The six individuals have faced constant targeting by agents from the National Intelligence and Security Service (NISS) over the past two years. Their offices have been raided twice, and their documents, equipment and passports confiscated. In addition, they say they have been summoned, detained and tortured several times at the... Continue reading →