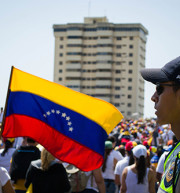 GENEVA / WASHINGTON, DC – A group of United Nations and Inter-American human rights experts, including Maina Kiai, deplored today the attempts to discredit and intimidate human rights defenders on Venezuela’s State-controlled television, in retaliation for their human rights activities and cooperation with UN and regional human rights bodies. “It’s high time to pull the plug on this shameful and televised harassment of rights activists in Venezuela,” the experts said. “We condemn what has become a clear pattern to intimidate and defame human rights defenders for merely promoting human rights in their country and for engaging with international and regional human rights bodies.” The experts drew attention to the systematic targeting of human rights defenders through the weekly TV programme ‘Con el Mazo Dando’, transmitted by the state network Venezolana de Televisión, including by publishing personal information on its website. The programme is hosted by the President of the Venezuelan National Assembly, Diosdado Cabello, who goes on air to make accusations against rights activists and civil society organisations with an apparent aim to intimidate them. The experts recalled that the UN and Inter-American human rights bodies are charged to monitor Venezuela’s implementation of its... Continue reading → 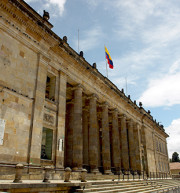 In our capacity as Special Procedures mandate-holders of the United Nations Human Rights Council, we would like to express our concern at the possible adoption by the Congress of the Republic of Colombia of Bill No. 85 (Senate) of 20131. This bill aims to restructure and expand the scope of the jurisdiction of military and police courts. In October 2012, we raised similar concerns with regard to Legislative Act No. 2 of 2012, which was subsequently declared unconstitutional by the Constitutional Court of Colombia in its judgment C-740 of 2013. We believe that, if adopted, Bill No. 85 could seriously undermine the independence and impartiality of the judiciary, and extend military jurisdiction to crimes that should fall within the jurisdiction of ordinary criminal courts. Its adoption would also undermine the equal and effective enjoyment of fair trial guarantees, and represent a major setback in Colombia’s long-standing fight against impunity for international human rights and humanitarian law violations. In line with the mandate entrusted to us by the Human Rights Council, we would like to offer our assistance to the Government of Colombia, with a view to ensuring that any reform of the military and police justice builds upon, and does not undermine, the fundamental guarantees enshrined in the... Continue reading → 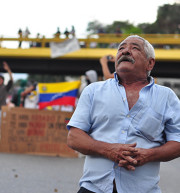 CAMBRIDGE, Massachusetts - UN Special Rapporteur Maina Kiai will participate in a roundtable discussion about the ongoing protests in Venezuela at the Massachusetts Institute of Technology (MIT) on April 11. The event will be streamed live online at http://ustre.am/1c1VG. Kiai, who is the Special Rapporteur on the rights to freedom of peaceful assembly and of association, will join Alfredo Millán, a Venezuelan student from MIT, and Juán Andrés Mejía, a Venezuelan activist currently at Harvard who is also a member of Venezuela’s National Commission of the political party Voluntad Popular. Mejía was among several Venezuelan opposition leaders living in the Boston area who were profiled in an article in the Nicaragua Dispatch in February. Venezuela has been engulfed by protests since early February, when demonstrators took to the streets to voice their displeasure over rising crime, pervasive unemployment and corruption. Media have reported that up to 31 people have died in the protests, while over 1,800 have reportedly been detained or arrested. Last month, Kiai and other UN Special Rapporteurs called upon Venezuela to account for the alleged arbitrary detentions and use of violence against protesters in an official statement. “I am deeply disturbed by the reports of deaths and... Continue reading → 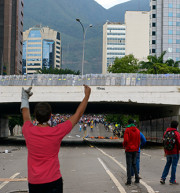 GENEVA – A group of United Nations independent experts, including Maina Kiai, have asked the Government of Venezuela for prompt clarification of allegations of arbitrary detention and excessive use of force and violence against protesters, journalists and media workers during the recent wave of protests in the country. “The recent violence amid protests in Venezuela need to be urgently and thoroughly investigated, and perpetrators must be held accountable,” the experts stressed. They also expressed their shock at the reported deaths of at least 17 persons during the demonstrations. “We are deeply disturbed by the allegations of multiple cases of arbitrary detention of protesters. Some were reportedly beaten -and in some cases severely tortured- by security forces, taken to military facilities, kept in incommunicado detention, and denied access to legal assistance,” they said. “These reports need to be urgently clarified and anyone who remains arbitrarily detained should be released without condition.” The independent experts also drew attention to reports of violence against journalists and media workers monitoring and reporting on demonstrations in Venezuela: “Ensuring full protection to journalists and media workers covering the difficult period experienced by the country today is... Continue reading →