This page summarizes cases raised with Kyrgyzstan by the Special Rapporteur between May 1, 2011, (when the Special Rapporteur took up his functions) and February 28, 2017 (the date of the last public release of communications). Communications are released to the public once per year. This page also contains observations on these communications and on responses received from Kyrgyzstan. Communications and observations are divided into sections based upon which observation report they originally appeared. Each communication is referenced as urgent appeal (UA), allegation letter (AL), joint urgent appeal (JUA) and joint allegation letter (JAL) - the hyperlinks lead to these documents. This is followed by the date the communication was issued, as well as the case number and the State reply (also hyperlinked if available). Summaries and communications are published only in the language of submission (in the case of Kyrgyzstan, English). First Report (May 1, 2011 to March 15, 2012) None Second Report (March 16, 2012 to February 28, 2013) None Third Report (March 1, 2013 to February 28, 2014) Joint allegation letter, 30/09/2013. Case no. KGZ 2/2013. State reply: 22/11/2013. Alleged proposed legal amendments, which would significantly impinge on the right to freedom of association and the right... Continue reading → 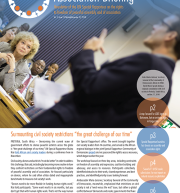 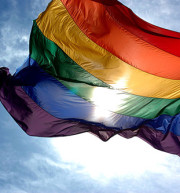 GENEVA – A group of United Nations human rights experts* have urged the Parliament of Kyrgyzstan to reject a bill that would introduce criminal and administrative sanctions for acts aimed at forming “a positive attitude towards non-traditional sexual orientation.” “Instead of adopting legislation which de facto condemns lesbian, gay, bisexual and transgender (LGBT) communities to silence, the authorities should be fighting against all forms of violence and discrimination in Kyrgyzstan,” the independent experts said. “The UN has already documented violence and discrimination against LGBT people in Kyrgyzstan and shown how similar laws in other countries have led to targeted abuse and violence against LGBT persons,” they noted. The draft law passed its first reading at Parliament last month, and must be voted on twice more before going to the President for signature. “If passed, the law would run afoul of the Kyrgyzstan’s human rights obligations and commitments,” they noted. The explanatory note accompanying the bill defines non-traditional sexual relations as ‘sodomy, lesbianism, and other forms of non-traditional sexual behavior’. It proscribes the dissemination of information in the media and internet, as well as the organization and participation in peaceful assemblies... Continue reading → 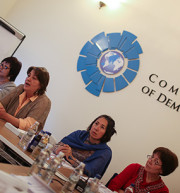