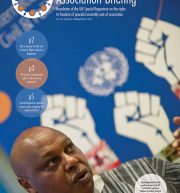 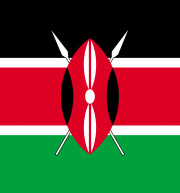 This page summarizes cases raised with Kenya by the Special Rapporteur between May 1, 2011, (when the Special Rapporteur took up his functions) and February 28, 2017 (the date of the last public release of communications). Communications are released to the public once per year. This page also contains observations on these communications and on responses received from Kenya. Communications and observations are divided into sections based upon which observation report they originally appeared. Each communication is referenced as urgent appeal (UA), allegation letter (AL), joint urgent appeal (JUA) and joint allegation letter (JAL) - the hyperlinks lead to these documents. This is followed by the date the communication was issued, as well as the case number and the State reply (also hyperlinked if available). Summaries and communications are published only in the language of submission (in the case of Kenya, English). First Report (May 1, 2011 to March 15, 2012) None. Second Report (March 16, 2012 to February 28, 2013) Joint urgent appeal, 15/08/2012. Case no. KEN 1/2012. State Reply: None to date. Alleged threats against human rights defenders, including death threats and surveillance. Other letter, 27/08/2012. Case no. KEN 3/2012. State Reply: None to date. Alleged landmark decision of... Continue reading → 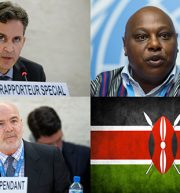 GENEVA – Three United Nations human rights experts have called on the Government of Kenya to cease its systematic crackdown on civil society groups, which has intensified in the lead-up to national elections scheduled in August. “We are extremely alarmed at the increasing number of attacks on civil society as the elections draw closer,” said the UN Special Rapporteurs on freedoms of peaceful assembly and of association, Maina Kiai; on freedom of opinion and expression, David Kaye; and on the situation of human rights defenders, Michel Forst. “It appears that there is a systematic and deliberate pattern to crack down on civil society groups which challenge governmental policies, educate voters, investigate human rights abuses and uncover corruption. These issues are extremely important in a democracy, and attempting to shut down the debate taking place in the civic space threatens to irreparably taint the legitimacy of the upcoming elections,” they added.* The experts’ call comes just a month after the Interior Ministry called for the closure of non-governmental organizations (NGOs) deemed to be ‘not properly licensed’. A Government circular alleged the groups had been involved in ‘nefarious activities’ and claimed they posed a serious threat to national security including money... Continue reading → 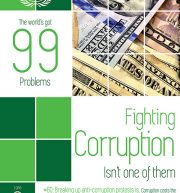 GENEVA – A group of UN human rights experts* has condemned a violent clampdown on a peaceful protest in the Kenyan capital, Nairobi, while urging the authorities to investigate claims of excessive use of force and arbitrary arrest – both against demonstrators and journalists – and to hold all perpetrators accountable. The demonstrators were protesting against alleged government corruption when police used teargas and batons to disperse them. A number of people are reported to have been injured or detained during the incident on 3 November. “Interference with the right to freedom of peaceful assembly is inexcusable at any time, but it is especially repugnant when demonstrators are calling for government accountability,” the experts said. “Protesters may sometimes raise uncomfortable truths, but holding people in power to account is a central function of peaceful assemblies in a democracy.” The experts also expressed alarm at the timing of the crackdown, less than a year before Kenyans elect a new president in August 2017. They said creating an environment where opinions could be expressed peacefully was key to avoiding a repeat of the wave of violence which followed the disputed presidential poll in 2007. “Beating protesters does not make their grudges go away. Rather, it... Continue reading → 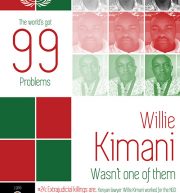 GENEVA – A group of United Nations human rights experts, including Maina Kiai, today expressed deep concern about the on-going pattern of extrajudicial executions in Kenya. They urged the Government to put an end to police violence and ensure accountability for the perpetrators. The experts’ call comes as four police officers are charged with the murder of human rights lawyer Willie Kimani, his client Josephat Mwenda, and their driver, Joseph Muiruri, in the latest high-profile case in a long list of enforced disappearances and extrajudicial killings in Kenya. “The recent murder of a well-known lawyer and human rights defender is having a dramatic and detrimental impact on civil society, especially on those active in the field of human rights,” the experts noted. “It is urgent for the Government of Kenya to address the apparent structural and systemic motives behind police brutality.” The Kenya National Commission on Human Rights documented a pattern of widespread and systematic human rights violations which include extrajudicial killings and enforced disappearances, as well as arbitrary arrests, extortion, arbitrary detention and torture, in a 2015 preliminary report about alleged human rights violations by police and other security agencies in relation to counter-terrorism... Continue reading → 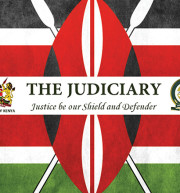 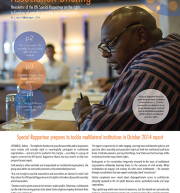 Issue No. 6 of the Assembly and Association Briefing, the newsletter of Maina Kiai, UN Special Rapporteur on the rights to freedom of peaceful assembly and of association. In this issue: • Special Rapporteur prepares to tackle multilateral institutions in October 2014 report • “Kiai Comments” – a new way to support assembly and association rights on your website • Special Rapporteur: Targeting at-risk groups a reprehensible “divide and conquer” technique • Egypt: UN Experts “outraged” at confirmation of 183 death sentences • Maina Kiai in Burundi on unofficial academic visit • Kiai blasts UN-Kenya for favoring ‘stability’ over rights • Freedom of association and assembly: By the numbers • Special rapporteur news in brief: June and July 2014 • World briefing: Freedom of assembly and association in the news For a link to the newsletter, click on the image at right or click here (1.4 MB file) or here (7.8 MB full resolution file). To subscribe to our newsletter, please drop us a line at info@freeassembly.net with the subject line “subscribe to newsletter.” For other recent newsletters, see the links below: The Assembly and Association Briefing, Vol. 1, Issue 3 (April 2014) The Assembly and Association Briefing, Vol. 1, Issue 4 (May 2014) The Assembly... Continue reading →