News | Kiai to financial crime body: foster civil society as a partner, not an enemy, in the fight against terrorism 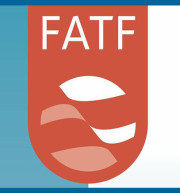 VIENNA - Special Rapporteur Maina Kiai has called upon the Financial Action Task Force (FATF) - an intergovernmental body that sets standards to combat money laundering and terrorist financing - to improve its cooperation with civil society, and to consider the sector's significant contributions in the fight against terrorism. He also commended the body for its decision to review its interpretation of Recommendation 8, a controversial measure that requires FATF member States to ensure that their laws sufficiently prevent non-profit organisations from financing of terrorism. The Recommendation has drawn sharp criticism in recent years, with many civil society organizations - and Kiai himself - reporting that oppressive governments have used it as an excuse to crack down on dissent. Kiai, who is the Special Rapporteur on the rights to freedom of peaceful assembly and of association, made the comments via a written submission to FATF's "Consultation and Dialogue Meeting with Non-Profit Organizations," held on April 18 in Vienna, Austria. The delegates will examine the impact of Recommendation 8 on civil society, among other things. The Special Rapporteur further called upon FATF "to leverage its leadership position to positively influence governments’ approach to counter-terrorism mechanisms away... Continue reading →