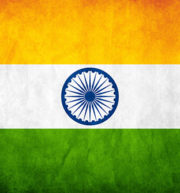 GENEVA – Three United Nations human rights experts today called on the Government of India to repeal the Foreign Contribution Regulation Act (FCRA), which is been increasingly used to obstruct civil society’s access to foreign funding, and fails to comply with international human rights norms and standards. “We are alarmed that FCRA provisions are being used more and more to silence organisations involved in advocating civil, political, economic, social, environmental or cultural priorities, which may differ from those backed by the Government,” said the UN Special Rapporteurs on human rights defenders, Michel Forst, on freedom of expression, David Kaye, and on freedom of association, Maina Kiai. The experts’ call comes as the Indian Ministry of Home Affairs suspended for six months the registration of the non-governmental organization Lawyers Collective, under the FCRA. The suspension was imposed on the basis of allegations that its founders, human rights lawyers Indira Jaising and Anand Grover, violated the act provisions by using foreign funding for purposes other than intended. Despite detailed evidence provided by the NGO to rebut all allegations and prove that all foreign contributions were spent and accounted for in line with FCRA, the suspension was still applied. “We are... Continue reading → 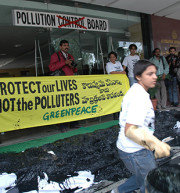 NAIROBI/GENEVA - United Nations Special Rapporteur Maina Kiai has published a legal analysis arguing that India's Foreign Contributions Regulation Act (FCRA) - which regulates foreign funding to certain individuals, associations and companies - is not conformity with international law, principles and standards. The analysis, which was submitted to the Government of India on April 20, 2016, is available here. The FCRA, which was enacted in 2010, bars “organizations of a political nature” from accepting foreign contributions. Acceptance of foreign contributions may further be prohibited where the Government “is satisfied that the acceptance of foreign contribution… is likely to affect prejudicially… public interest.” The law has come under scrutiny in recent years, with some sources reporting that nearly 14,000 NGOs have seen their licenses to receive foreign funding revoked by the Government. The Special Rapporteur argues that the ability of civil society organizations to access resources, including foreign funding, is a fundamental part of the right to freedom of association under international law, standards, and principles – and more particularly part of the right to form an association. He further asserts that India’s limitations on access to foreign funding do not meet... Continue reading →