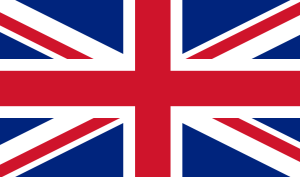 Summaries and communications are published only in the language of submission (in the case of the United Kingdom, English).

Responses to communications
The Special Rapporteur thanks the Government of the United Kingdom for its reply to the communication sent during the reporting period, in accordance with Human Rights Council resolutions 24/5 (2013), 21/16 (2012) and 15/21 (2010) that call upon the State to respond promptly to his communications.

Non-refoulement in the context of the right to peaceful assembly
In relation to the case of Mr. X, the Special Rapporteur reiterates his concern that this individual faces serious risk of torture or ill-treatment in detention over his alleged involvement in anti-Government Protests should he be returned to Bahrain. Mr. X has been detained and tortured three times in Bahrain and sentenced in absentia on charges of “illegal gathering with the intention of inciting violence,” akin to the charge brought against hundreds of protestors in Bahrain since 2011.

The Special Rapporteur takes note of the information provided by the Government that Mr. X remains in the United Kingdom and has not been deported, as of the date of the reply, however, he regrets that no other information is provided with regards to the queries in the communication. In particular, he would seek to know the results of any investigations relevant to the case of forcible refoulement of Bahraini national to Bahrain. He would also request that the Government provide detailed information about what kind of monitoring is conducted to ensure that Bahraini asylum seekers who have not been granted asylum in the United Kingdom and have returned to Bahrain, were not subject to arbitrary detention, torture or other ill-treatment.

The Special Rapporteur refers to the Convention against Torture and Other Cruel, Inhuman or Degrading Treatment or Punishment, to which the United Kingdom is a party. Article 3 provides that “[n]o State Party shall expel, return (“refouler”) or extradite a person to another State where there are substantial grounds for believing that he would be in danger of being subjected to torture,” which, in the case of Mr. X, would be reportedly due to his involvement in peaceful protests in Bahrain. It further provides that ““[f]or the purpose of determining whether there are such grounds, the competent authorities shall take into account all relevant considerations including, where applicable, the existence in the State concerned of a consistent pattern of gross, flagrant or mass violations of human rights.” Moreover, he calls on all States, including the United Kingdom to take all necessary steps to secure the rights to freedom of peaceful assembly and association as per article 21 and 22 of the International Covenant on Civil and Political Rights.

Country visit
The Special Rapporteur takes this opportunity to reiterate his thanks to the Government for the visit he undertook from 14 to 23 January 2013. He recalls the exemplary cooperation of the Government during the mission and remains grateful for its continuous support to his mandate since its inception, and more generally for its efforts at promoting the rights to freedom of peaceful assembly and of association at the international level.

Response to communication
The Special Rapporteur thanks the Government of the United Kingdom for responding to the communication sent during this reporting period, in particular the detailed response of 10 March 2016.

A number of amendments have subsequently been made to the draft Bill, and the Investigatory Powers Bill (the Bill) is now before the Parliament. The Special Rapporteur emphasizes his ongoing concern for the potential impact of the Bill on the right to freedom of peaceful assembly and freedom of association, and calls on the Government to ensure that the surveillance and privacy measures in the Bill protect these fundamental rights. In particular, he expresses concern for the collection of data, in particular of peaceful protestors and individuals associating online, and how this information may be used. He calls on the Government to ensure a human rights based approach in the Bill and to increase the accountability of intelligence services (A/HRC/23/39/Add.1).

Country visit
The Special Rapporteur thanks the Government of the United Kingdom
for inviting him to undertake a follow-up mission, from 18 to 21 April 2016, subsequent
to the country visit he conducted from 14 to 23 January 2013. A full
report on his findings will be presented at the 35th session of the Human Rights Council.
His end-of-visit statement can be found here:
http://www.ohchr.org/EN/NewsEvents/Pages/DisplayNews.aspx?NewsID=19854&LangID=E

Response to communication
The Special Rapporteur wishes to acknowledge receipt of the reply of the Government dated 20 October 2016, which provides detailed responses to the concerns raised in the present communication. The Order which was the subject of the communication was issued by the UK Home Office in response to an independent review into the welfare of immigration detainees, which criticized restrictions on internet access. The Order applies to immigration removal centres (IRC), pre-departure accommodation (PDA) and residential short-term holding facilities (STHF). The stated purpose of the Order is to “ensure that detainees have reasonable and regulated access to the internet whilst ensuring that the security of the detention estate is not undermined” (article 2).

The Special Rapporteur acknowledges the response of the Government calling attention to the fact that the Government has entered a reservation to the ICCPR with respect to immigration matters. He further takes note of the information provided by the Government stating that immigration removal centres are provided for in law by the Immigration and Asylum Act 1999. The Act includes obligations placed upon the Executive by Parliament to require the enaction of secondary legislation, and this rule-making power has been exercised by the Secretary of State to make the Detention Centre Rules 2001. However, Detention Service Orders are not part of the Rules. The Special Rapporteur also acknowledges the response of the Government stating that “internet access is recognized as an important tool for assisting detainees to maintain links with friends, family and legal representatives, and to help them resolve their affairs in the United Kingdom in preparation for removal. However, access to the internet to enable detainees to maintain contacts in this way must be balanced against the need to maintain the safety and security of other detainees, removal centre staff and the public, as well as the security of the removal centre itself”.

In this regard, the Special Rapporteur wishes to recall article 8 of Human Rights Council resolution 32/13 (A/HRC/32/13) which “calls upon all States to address security concerns on the Internet in accordance with their international human rights obligations to ensure protection of the freedom of expression, freedom of association, privacy and other human rights online, including through national democratic, transparent institutions, based on the rule of law, in a way that ensures freedom and security on the Internet so that it can continue to be a vibrant force that generates economic, social and cultural development”. He maintains his previous concerns that the Order grants authority for deciding access to the internet as well as the monitoring authority to managers of detention centres, which increases the risk of loose interpretation and selective application.