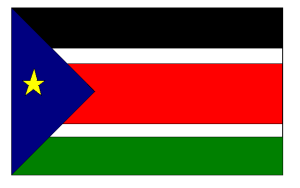 Summaries and communications are published only in the language of submission (in the case of South Sudan, English).

Observations
The Special Rapporteur regrets that the Government of South Sudan has not responded to the communication sent during the reporting period. He considers the responses to his communications as an important part of the cooperation of Governments with his mandate, and urges the authorities to provide detailed responses to all the concerns raised in his communication without further delay.

The Special Rapporteur expresses concern that the reported Non-Governmental Organizations Bill, 2013 unduly limits the right to freedom of association, by defining narrowly the permissible work and objective of non-governmental organizations, allowing for State interference, criminalizing unregistered associations, and introducing broad and discretional grounds for revocation of registrations.

In relation to the above concern, the Special Rapporteur would like to recall good practices as identified in his thematic report to the Human Rights Council, (A/HRC/20/27): “A regime of notification to establish an association should be in force. Associations should be established after a process that is simple, easily accessible, non-discriminatory, and non-onerous or free of charge. Registration bodies should provide a detailed and timely written explanation when denying the registration of an association. Associations should be able to challenge any rejection before an impartial and independent court” (paragraph 95); “[a]ny associations, including unregistered associations, should be allowed to function freely, and their members operate in an enabling and safe environment” (paragraph 96); “[a]ssociations should be free to determine their statutes, structure and activities and to make decisions without State interference” (paragraph 97); “the right to freedom of association equally protects associations that are not registered” (paragraph 56); and; “[n]ewly adopted laws should not request all previously registered associations to re-register so that existing associations are protected against arbitrary rejection or time gaps in the conduct of their activities” (paragraph 62).

The Special Rapporteur calls upon the Government to put in place an enabling and safe environment allowing individuals to exercise their legitimate freedoms of peaceful assembly and association without undue hindrances. He reiterates the content of the operative paragraph 2 of the Human Rights Council Resolution 24/5 that “[r]eminds States of their obligation to respect and fully protect the rights of all individuals to assemble peacefully and associate freely, online as well as offline, including in the context of elections, and including persons espousing minority or dissenting views or beliefs, human rights defenders, trade unionists and others, including migrants, seeking to exercise or to promote these rights, and to take all necessary measures to ensure that any restrictions on the free exercise of the rights to freedom of peaceful assembly and of association are in accordance with their obligations under international human rights law.”

The Special Rapporteur calls upon the Government of South Sudan to ensure that the right to freedom of association and of peaceful assembly, as recognized under article 20 of the UDHR, is enjoyed free of arbitrary restrictions.

Responses to communications
The Special Rapporteur regrets not to have received a response to his communication in relation to the alleged imminent adoption of the Non-Governmental Organization Bill, 2013 whose provisions seem to contradict South Sudan’s international human rights obligations (SSD 1/2014). He reminds the Government that he considers responses to his communications as an integral part of States’ cooperation with his mandate, according to Human Rights Council resolutions 24/5 (2013), 21/16 (2012) and 15/21 (2010).

Non-Governmental Organization Bill, 2013
The Special Rapporteur reminds the Government that narrowly defining the permissible work and objectives of associations represents an unnecessary limitation to the right of association. Additionally, he recalls that Governments are responsible for not unduly interfering through excessive regulations with the right of associations to freely determine their statutes, members and activities. Moreover, he emphasizes that the right to freedom of association equally protects associations that are not registered and that the activities of associations should not be subject to prior authorization, which could be used to quell criticism. In this regard, he reiterates his concern that registration procedures as introduced by the Non-Government Organization Bill, 2013 are burdensome and subject to administrative discretion. He also reiterates his belief that newly adopted laws should not request previously registered associations to re-register as this would protected existing associations against arbitrary rejection of their applications or time gaps in the conduct of their activities.

While noting that the aforementioned Bill provides for severe criminal sanctions against individuals contravening its provisions, he caution against measures that aim to deter people from exercising their fundamental right to freedom of association. Such measures seem to attest a presumption against associations’ right to exist and operate and have a deterring effect on people wishing to exercise this right (A/HRC/20/27, paragraph 62).

The Special Rapporteur understands that the National Legislative Assembly passed the Non-Governmental Organization Bill, 2013, which is currently awaiting the President’s assent to become law. He asks the authorities to provide him with a copy of the Bill and to inform him about the legal procedure for its entry into force , at the earliest opportunity.

In the meantime, the Special Rapporteur calls upon the Government of South Sudan to repeal restrictive laws regulating associations and to ensure that the right to freedom of association, as recognized under article 20 of the Universal Declaration of Human Rights, is enjoyed free of arbitrary restrictions. He stands ready to provide technical assistance to ensure that State’s normative framework complies with international human rights norms and standards governing freedoms of association and assembly.

The Special Rapporteur takes this opportunity to echo the concerns expressed by the United Nations High Commissioner for Human Rights in a recent report that conveys concern about a climate of fear and repression against civil society organizations (A/HRC/28/53, paragraph 24). In this regard, he urges the Government of South Sudan to ratify all the core international human rights instruments including the International Covenant on Civil and Political Rights and the African Charter on Human and Peoples’ Rights.

Response to communication
The Special Rapporteur regrets that, to date, no reply has been received to his communication SSD 1/2015. He recalls that responses to his communications are an important part of the cooperation of the Government of South Sudan with his mandate, and urges the authorities to comply with Human Rights Council resolutions on the rights to freedom of peaceful assembly and of association. These resolutions, including resolution 24/5 (2013), call on States to cooperate fully with and assist him in the performance of his mandate and to respond promptly to his communications.

The Special Rapporteur reiterates his concern about the entry into force of the Non-Governmental Organization Bill, 2015, (NGO Bill) in South Sudan. He remains concerned about the negative impact the legislation is bound to have on the essential work undertaken by civil society groups, including humanitarian organizations, in South Sudan. As indicated in the communication, the provisions contained in the legislation appear to be in contravention of international human rights law and standards and can be used to quell criticism and deter people wishing to exercise their rights to freedom of association and to freedom of opinion and expression.

The Special Rapporteur also echoes the concerns expressed in the report of the assessment mission by the Office of the United Nations High Commissioner for Human Rights to improve human rights, accountability, reconciliation and capacity in South Sudan (A/HRC/31/CRP.6), which refers to an on-going trend of repression against civil society organizations voicing dissent. According to the report, “[v]iolations of the freedom of opinion and expression, of peaceful assembly, as well as arbitrary arrest and detention of journalists, media workers or other individuals or groups perceived to be in opposition to the Government have been an issue of great concern in South Sudan since independence. The Government, and in particular the National Security Service (NSS), has attempted, with some success, to suffocate debate and opposition, resulting in alarm and fear among the population” (para. 170).

The Special Rapporteur reminds the State of its obligation to ensure a conducive environment for the free exercise of the rights to freedom of expression, assembly and association guaranteed in articles 19 and 20 of the Universal Declaration of Human Rights (UDHR). It also restates that, according to this same Covenant, only a very limited number of restrictions to these rights may apply, which should be prescribed by law and necessary in a democratic society for responding to a pressing social need for the interference.

The Special Rapporteur encourages the State to overturn any legislation that curtails the rights to freedom of peaceful assembly and of association.