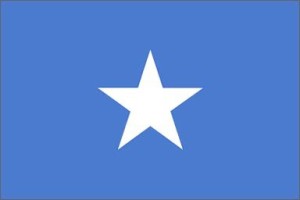 Summaries and communications are published only in the language of submission (in the case of Somalia, English).

The Special Rapporteur expresses grave concern that the reported killings of Messrs. Libaan Abdullahi Farah, Abdi Farah Dheere and Adan Salah Abdalla may be related to their peaceful and legitimate human rights activities and exercise of the rights to freedom of peaceful assembly and of association. He urges the authorities of Somalia to conduct prompt and thorough investigations in each case, prosecute perpetrators, and provide adequate reparation to victims.

The Special Rapporteur calls upon the Government to put in place an enabling and safe environment allowing individuals to exercise their legitimate freedoms of peaceful assembly and association without undue hindrances. He reiterates the content of the operative paragraph 2 of the Human Rights Council Resolution 24/5 that “[r]eminds States of their obligation to respect and fully protect the rights of all individuals to assemble peacefully and associate freely, online as well as offline, including in the context of elections, and including persons espousing minority or dissenting views or beliefs, human rights defenders, trade unionists and others, including migrants, seeking to exercise or to promote these rights, and to take all necessary measures to ensure that any restrictions on the free exercise of the rights to freedom of peaceful assembly and of association are in accordance with their obligations under international human rights law.”

The Special Rapporteur reminds the Government that the International Covenant on Civil and Political Rights acceded by Somalia on 24 January 1990, guarantees the right to freedom of peaceful assembly and of association.

Environment in which these rights are exercised
The Special Rapporteur is extremely concerned about allegations received regarding the situation of the Federation of Somali Trade Unions (FESTU) and the National Union of Somali Journalists (NUSOJ), members and leaders of which have been subject to death threats, acts of intimidation and reprisals, and failure of Somali authorities to investigate these allegations. Mr. Omar Faruk Osman, NUSOJ’s Secretary-General and Mr. Abdiqani Sheik Mohamed, NUSOJ’s Organizing Secretary, have been particularly targeted. The alleged violations took place despite the recommendations adopted by the International Labour Organization (ILO) on 11 November 2015, notably urging the Somali Government to “refrain from any further interference in the unions registered in Somalia with particular reference to the NUSOJ and FESTU”.

On 4 May 2016, the Special Rapporteur on the rights to freedom of peaceful assembly and of association, the Independent Expert on the situation of human rights in Somalia, the Special Rapporteur on the promotion and protection of the right to freedom of opinion and expression and the Special Rapporteur on the situation of human rights defenders urged the Government of Somalia to halt the continuous acts of intimidation and reprisals against members and leaders of two Somali trade unions, and to stop interfering in the unions’ internal affairs and activities (PR). This statement followed a communication in which the Special Rapporteur reiterated his concerns regarding the situation of Mr. Omar Faruk (SOM 2/2016). In this communication, the Rapporteur expressed his concerns about acts of reprisals in the form of judicial harassment against Mr. Omar Faruk for his cooperation with the ILO. He also expressed concern at the allegation that the Government is conflating trade union activities and the legitimate exercise of the rights to freedom of expression and association with criminal activities and activities labelled as being against national security.

The Special Rapporteur stresses that reprisals against individuals for exercising their legitimate rights to freedom of expression and freedom of association are extremely serious and may cause a deep chilling effect on the work of trade unions in Somalia, which is also likely to have an effect on other sectors of Somalian civil society.

The Special Rapporteur wishes to highlight two landmark resolutions of the Human Rights Council: resolution 22/6, which provides for the right to “unhindered access to and communication with international bodies, in particular the United Nations, its representatives and mechanisms in the field of human rights”, and resolution 24/24 calling on States to refrain from and ensure adequate protection from intimidation or reprisals for cooperation with the United Nations, its mechanisms and representatives in the field of human rights.

He finally calls on the Government to conduct independent and thorough investigations into the aforementioned allegations, to hold perpetrators accountable and to provide the victims with full redress, without further delay. Moreover, he urges the State to take all necessary steps to secure the rights to freedom of association as per article 22 of the International Covenant on Civil and Political Rights acceded to by Somalia on 24 January 1990.