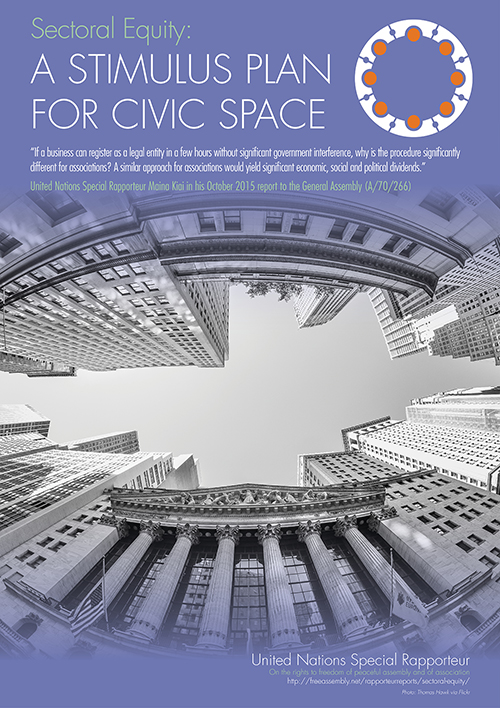 In this report, Maina Kiai’s third to the United Nations General Assembly, the Special Rapporteur compares the enabling environments that States, multilateral organizations and other actors create for businesses and associations, and highlights instances where they are treated inequitably.

Although businesses and associations are distinct bodies that pursue different motives, they share similarities, most notably that they are both non-State actors and vehicles to unite people to pursue a particular goal, whether economic, political, social, cultural or otherwise.

Despite those similarities, the Special Rapporteur has found that States and others often impose more burdensome regulation upon associations, both in law and in practice, with businesses receiving more favourable treatment. The net result is that for businesses the enabling environment — defined broadly as action or inaction by States and other actors to promote a particular non-State sector — is typically much better than it is for associations.

Businesses were chosen as a point of comparison for this report not only because of their similarities with associations, but also because they frequently occupy a place of privilege.

“We live in an era where political discourse often revolves around the economy, jobs and growth,” Kiai writes in the report, which was released on September 16. “Businesses, particularly large corporations, exert enormous power over the economy, and consequently have great influence with political leaders.”

“If a business can register as a legal entity in a few hours without significant government interference, as in Rwanda,” Kiai writes in the report. “Why is the procedure significantly different for associations? A similar approach for associations would yield significant economic, social and political dividends.”

Examples of differential treatment are plentiful, with good and bad practices cited from more than 50 UN Member States.

In Belarus, for example, registration applications filed by associations can take up to one month to be considered for approval, extendable for another month. Businesses’ registration, on the other hand, is considered complete the moment the application is filed.

In Honduras, authorities may order the dissolution of an association when it fails to present an annual report within two years or when an agent of the organization commits a crime. No similar provisions exist for business entities.

And numerous countries have recently imposed strict limits on foreign funding of associations, while simultaneously liberalizing their rules for foreign investment in businesses, among them Russia, Ethiopia, India and Egypt.

The report stops short of advocating “identical” treatment across the board for businesses and associations, as there may be legitimate bases for different treatment in certain cases. It instead argues for “sectoral equity” – a fair, transparent and impartial approach in which the regulation of each sector is grounded in domestic and international law, standards and norms, and where regulations are clearly set forth in law, with minimum discretion given to State officials. 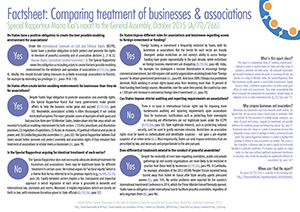 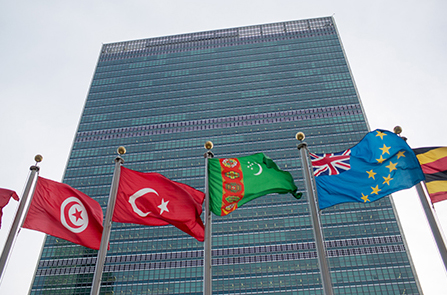 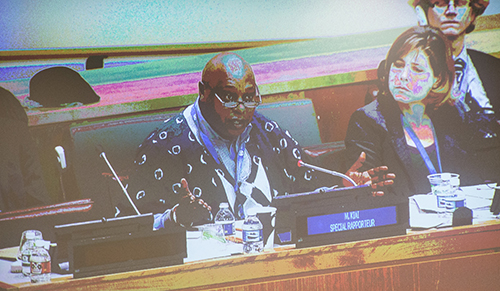 Video of the UNGA 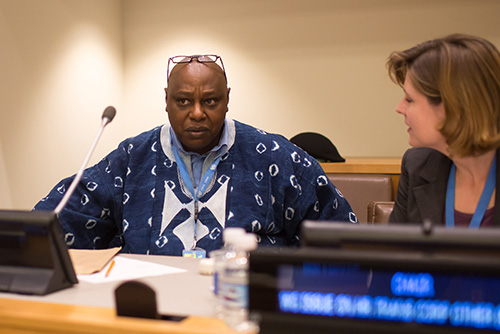 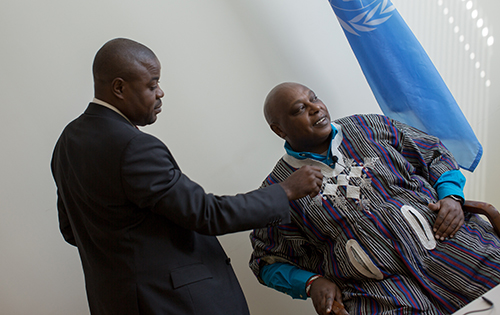 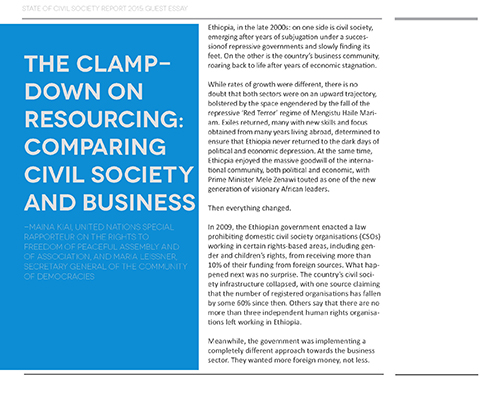 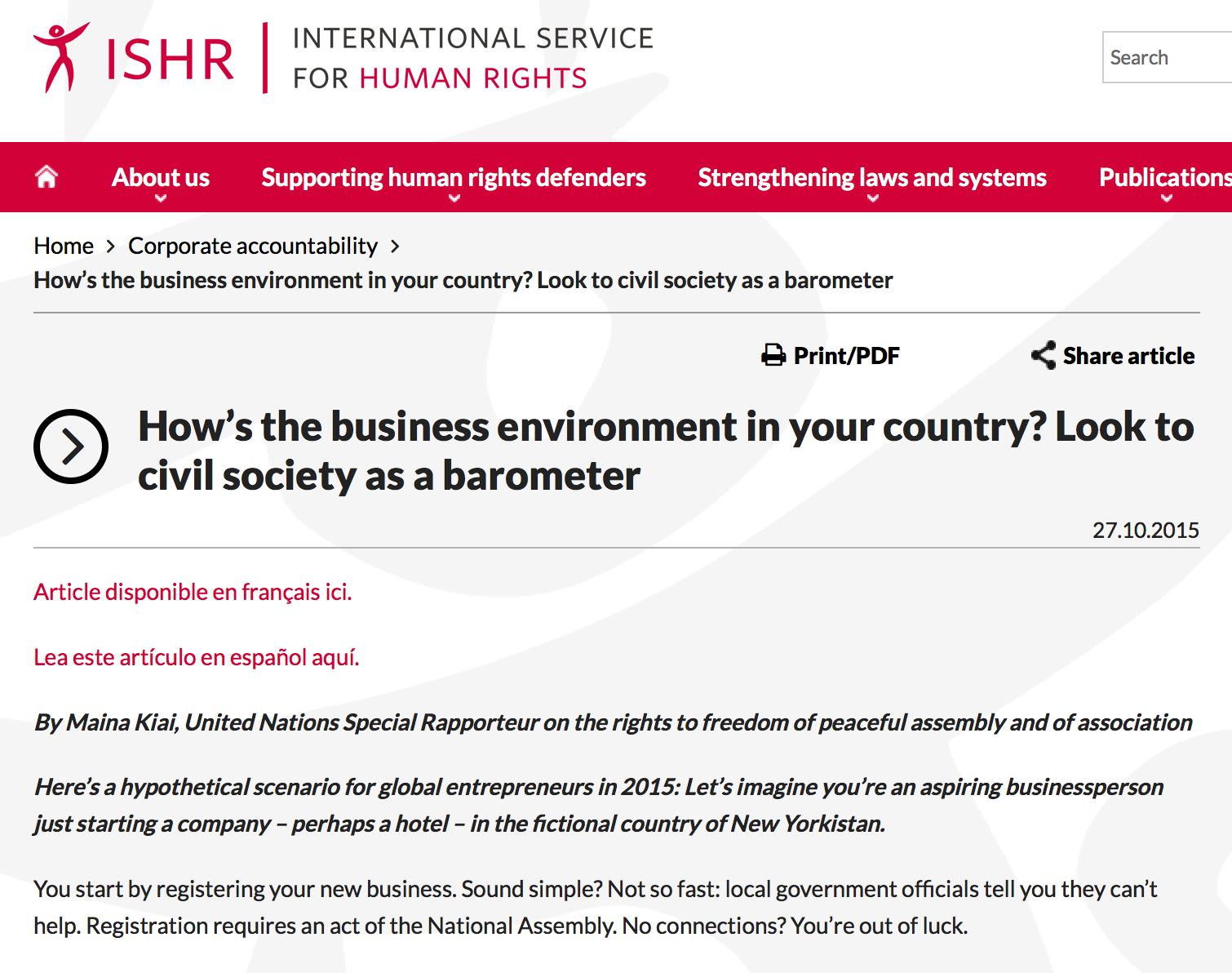 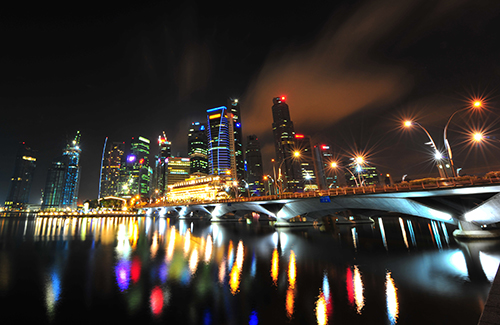 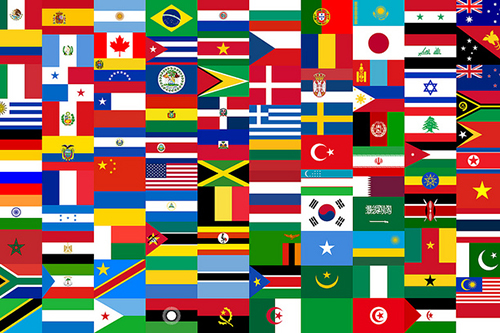 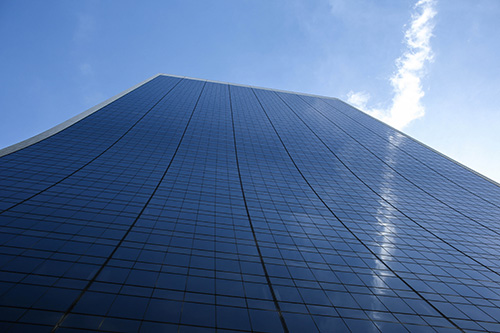