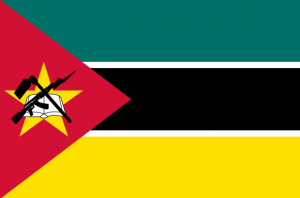 Summaries and communications are published only in the language of submission (in the case of Mozambique, English).

Environment in which these rights are exercised
The Special Rapporteur reiterates his serious concern regarding the attempted killing of Mr. Manuel Bissopo, leader of the Mozambican National Resistance (Renamo); the killing of his body guard in Beira; and the killing of Mr. Gilles Cistac, a professor of law at the University of Eduardo Mondlane, who was a central figure in a sensitive debate about autonomy for Mozambique’s provinces and decentralization of power in Maputo. The Special Rapporteur notes with regret that the alleged intimidation, death threats, and killings appear to be in direct connection with these individuals’ political activities. He is concerned that these incidents may have a deterrent effect on the public debate on issues of significant public interest.

He recalls that any restriction on the rights to freedom of expression, peaceful assembly and association must comply with the provisions of articles 19, 21 and 22 of the ICCPR. The Special Rapporteur also recalls resolutions 24/5 and 15/21, which affirm the responsibility of States to respect and fully protect the rights of peaceful assembly and association of all individuals.

He urges the authorities of Mozambique to provide the results of investigations regarding the alleged threats and killings and to bring the perpetrators of these acts to justice. The Special Rapporteur also calls upon authorities to ensure that they take positive measures to establish and maintain an enabling environment for human rights. It is crucial that individuals, including notably unionists, exercising their rights are able to operate freely without fear that they may be subjected to any threats, acts of intimidation or violence, including summary or arbitrary executions, enforced or involuntary disappearances, arbitrary arrest or detention, torture or cruel, inhuman or degrading treatment or punishment, a media smear campaign, travel ban or arbitrary dismissal (A/HRC/20/27, par. 63).