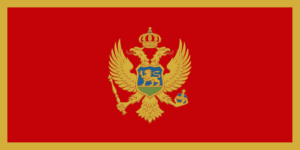 Summaries and communications are published only in the language of submission (in the case of Montenegro, English).

Responses to communications
The Special Rapporteur thanks the Government of Montenegro for responding to all the communications sent during this reporting period.

Reform of the Public Assembly Act
Amendments were made to the Public Assembly Act through a fast-tracked procedure to address gaps in the law and the Special Rapporteur notes the Government’s reply of 29 April 2015 in response to concerns of provisions that excessively and disproportionately limit the rights to freedom of assembly and freedom of expression (MNE 1/2015). He remains concerned that provisions relating to blanket bans, geographical restrictions, mandatory notifications and authorizations based on the message of assemblies or on traffic flow considerations are intrusive restrictions that exceed the criteria of necessity and proportionality.

The Special Rapporteur takes this opportunity to remind the Government to ensure that any system of prior notification gives effect to the presumption in favour of assemblies, places narrow limits on the discretion of authorities to restrict assemblies, and incorporates a proportionality assessment (A/HRC/31/66, para. 28(a)). Also, he emphasizes that the “time, place and manner” restrictions should never be used to undermine the message or expressive value of an assembly or to dissuade the exercise of the right to freedom of assembly (A/HRC/31/66, para. 34).

Regarding the Joint Allegation Letter sent on 10 December 2015 about the intimidation and violence of journalists and media outlets, including at protests, as well as measures of arrest and prosecution (MNE 2/2015). The Special Rapporteur notes the reply of the Government of 16 January 2016. However, he remains concerned about the details of the individual cases outlined that were not directly addressed in the State’s reply and would appreciate additional information in this regard. He takes this opportunity to remind the Government of Montenegro to protect the rights to freedom of peaceful assembly and association, and freedom of expression and opinion.

He reaffirms that the rights to freedom of peaceful assembly and of association are necessary elements for the possible emergence and sustainability of effective democratic systems. In this regard, States should therefore make every effort to facilitate those rights. Moreover, he stresses that it is the obligation of States to respect and fully protect the rights of all individuals to assemble peacefully and associate freely, online as well as offline (A/HRC/RES/24/5, operational para. 2).