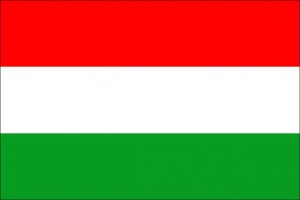 Summaries and communications are published only in the language of submission (in the case of Hungary, English).

Observations
The Special Rapporteur thanks the Government of Hungary for its response to his communication dated 18 July 2011. He remains concerned by undue limitations to the right to freedom of association contained in the new legislation.

The Special Rapporteur underlines that the rights of peaceful assembly and association are key for individuals espousing minority or dissenting views or beliefs. He therefore urges States to refrain from adopting and implementing legislation that can hamper the legitimate work of civil society, including religious associations. He recommends to the Government to revise the aforementioned law to ensure it complies with international human rights law. He is available to provide any technical assistance the Government might require in this regard.

Responses to communications
The Special Rapporteur thanks the Government of Hungary for its detailed response to his communication on the alleged undue interference with the right of associations receiving funds from the Norway Civil Grants (HUN 1/2014). In this connection, he is grateful for the cooperation extended to the mandate, in compliance with Human Rights Council resolutions 24/5 (2013), 21/16 (2012) and 15/21 (2010).

Negative obligation of the State to not to unduly interfere with the right to freedom of association
While the Special Rapporteur duly notes the structural changes of development policy, including the transfer to the Prime Minister’s Office of State-owned non-profit organization Széchenyi Program Office, he remains concerned about the seemingly discretionary attributions given to the Government Audit Office, which through its actions may obstruct and stigmatize the work of associations operating in the country. In this context, he reminds the authorities of their obligations to promote and protect the rights of associations to carry out their activities free from fear of threats or acts of intimidation and harassment of any sort.

The Special Rapporteur recalls that the State committed to protect and promote rights set forth in international law and standards, and in that regard, looks forward to receiving further information on the outcome of the audits of associations benefitting from funds from the Norway Civil Grants. He stands ready to provide technical assistance to ensure that the State’s normative framework complies with international human rights norms and standards governing freedoms of association and assembly.

Country visit
The Special Rapporteur thanks the Government for its invitation to carry out a visit to the country during the second half of January 2016. He hopes to revert back to the authorities in the briefest delays with a proposal for dates for this visit, within the framework of his other mandated activities for 2016, and reiterates his appreciation to the Government for its collaboration with the mandate.