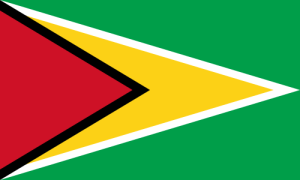 Summaries and communications are published only in the language of submission (in the case of Guyana, English).

The Special Rapporteur urges the authorities to refrain from using force during peaceful demonstrations. He reminds that the right to life and to be free from torture or cruel, inhuman or degrading treatment or punishment are a non-derogable right in international human rights law, including in the context of assemblies. In this regard, he refers to Article 5 of the Basic Principles on the Use of Force and Firearms by Law Enforcement Officials Adopted by the Eighth United Nations Congress on the Prevention of Crime and the Treatment of Offenders (1990), which provides that “whenever the lawful use of force and firearms is unavoidable, law enforcement officials shall minimize damage and injury, and respect and preserve human life.” He urges that a thorough, impartial and independent investigation is conducted without delay over any allegation of excessive use of force and of torture and ill treatment during peaceful demonstrations and to hold accountable those responsible and to provide full redress to victims. He requests that the Government keep him informed about the investigations conducted in relation to the aforementioned case.

The Special Rapporteur recommends that the Government put in place an enabling and safe environment allowing individuals to exercise their legitimate freedoms without undue hindrances. A thorough and independent investigation over any allegations of human rights violations or abuses should be conducted, those responsible should be held accountable, and victims should be provided with full redress.

The Special Rapporteur refers to Human Rights Council resolution 21/16, and in particular operative paragraph 1 that “[r]eminds States of their obligation to respect and fully protect the rights of all individuals to assemble peacefully and associate freely, online as well as offline, including in the context of elections, and including persons espousing minority or dissenting views or beliefs, human rights defenders, trade unionists and others, including migrants, seeking to exercise or to promote these rights, and to take all necessary measures to ensure that any restrictions on the free exercise of the rights to freedom of peaceful assembly and of association are in accordance with their obligations under international human rights law”.