Civil Society’s Right to seek, receive and use resources – human, material and financial 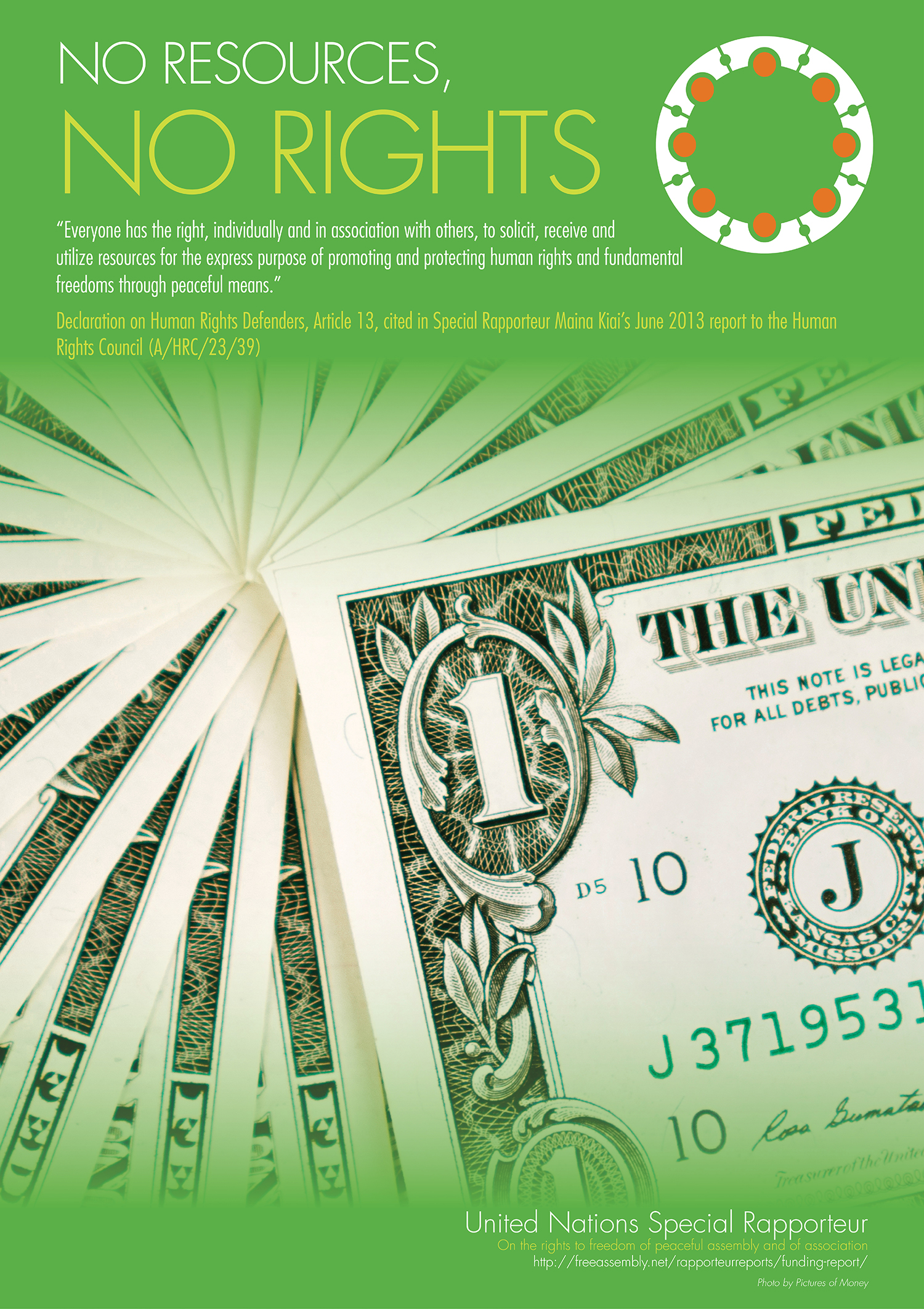 Restrictions on funding have become a major existential threat to associations across the world, as governments increasingly use the financial noose as a way to silence peaceful dissent.

Under international law, freedom of association encompasses not only the right to form and join an associations but also to seek, receive and use resources – human, material and financial – from domestic, foreign, and international sources. Sadly, the number of barriers to seeking such resources are increasing. This April 2013 report from UN Special Rapporteur Maina Kiai documents many examples: In Ethiopia, for instance, a law introduced in 2009 prohibits human rights associations from receiving more than 10 per cent of their overall resources from foreign sources. In Russia, a July 2012 law requires foreign-funded organizations engaging in “political activities” as so-called “foreign agents.”

States are obliged to facilitate, not restrict, access to funding so that associations can effectively take part in democratic and developmental processes, just like businesses and governments.

This report also addresses obstacles to peaceful assembly and provides an overview of the Special Rapporteur’s activities between May 1, 2012, and February 28, 2013.

Update May 2014: In an effort to strengthen global understanding of civil society’s right to access resources, UN Special Rapporteur Maina Kiai and the Community of Democracies have issued a set of “general principles” summarizing key aspects of the right, along with their legal bases. The document is available at the link below, under the “other materials” section. 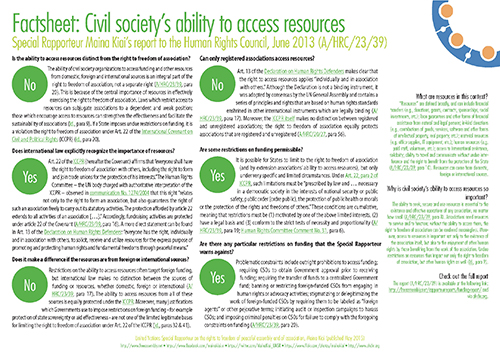 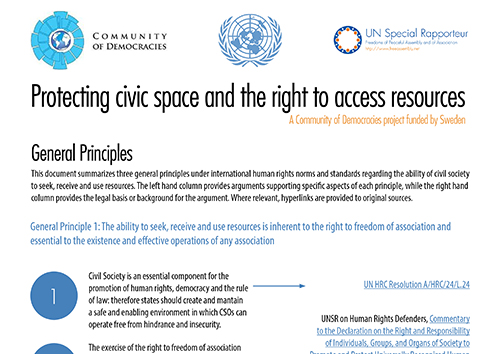 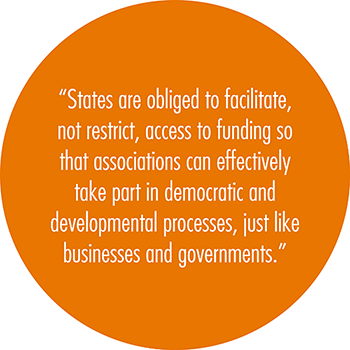 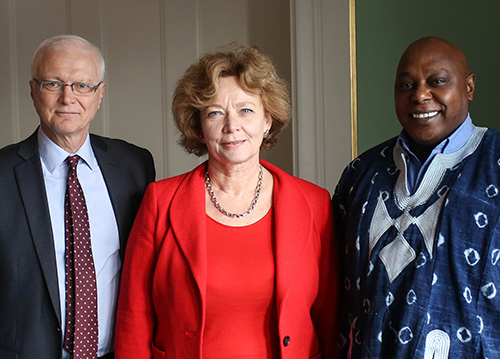 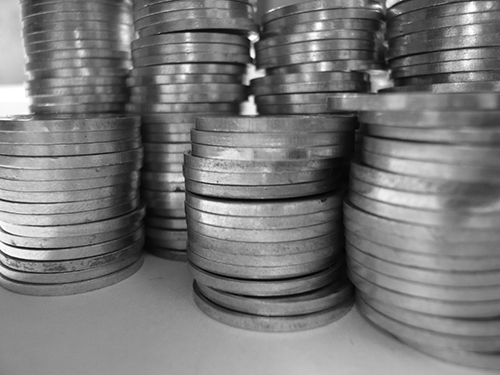