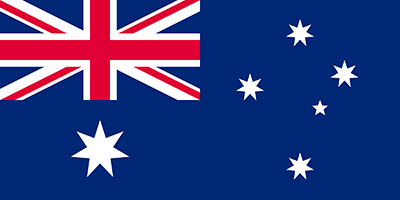 Summaries and communications are published only in the language of submission (in the case of Australia, English).

Responses to communications
The Special Rapporteur thanks the Government of Australia for its detailed response to his communication. In this connection, he is grateful for the cooperation extended to the mandate, in compliance with Human Rights Council resolutions 24/5 (2013), 21/16 (2012) and 15/21 (2010).

Workplaces (Protection from Protestors) Act 2014 (Tasmania)
The Special Rapporteur notes the Government’s reply to the communication sent on 4 September 2014, indicating that the Workplaces (Protection from Protestors) Bill 2014 (Tasmania) had passed both Houses of the Parliament and thus became an Act of Parliament, with extensive amendments addressing concerns raised in the communication (AUS 3/2014). He takes note with appreciation that the concern about the explicit prohibition of acts that promoted “awareness of or support for an opinion, or belief, in respect of a political, environmental, social, cultural or economic issue” was removed from the Act and that penalties for invading or hindering businesses were largely reviewed. However, he remains concerned about the other provisions, namely Part 2, clauses 6.1, 6.2 and 6.3 on prohibitions to demonstrate, clauses 8 and 9 on police attributions and penalties for not complying or for obstructing a police officer from taking action, and clauses under Part 3 relative to police powers in application of the Act, including arrests without warrants and the use of force. The Special Rapporteur reiterates that in democratic societies, demonstrations and protests represent a central mechanism for raising awareness about political and social concerns, including on environmental, labour or economic issues, holding not only governments, but also corporations accountable. As stated in the communication, he believes that the Act impedes that very function and urges the authorities to take the necessary steps to make its legislation compliant with Australia’s international obligations, namely the article 21 on freedom of association of the International Covenant on Civil and Political Rights, ratified by the State on 13 August 1980.

Security considerations in the context of projects relating to natural resource exploitation
The Special Rapporteur takes note of the meaning of a business premise for the purposes of the Workplaces (Protection from Protestors) Act 2014 (Tasmania), which includes mining sites, forestry lands and premises used for agriculture, horticulture, viticulture, aquaculture and commercial food, among others. With this definition in mind, he warns against the practice of restricting the right to protest in these specific contexts, which he believes may be costly in the long run and may cause irrevocable damage (A/HRC/29/25, paragraph 11). The Special Rapporteur stresses the view that this right contributes to opening up opportunities for genuine and effective engagement by civil society in decision-making processes across the spectrum of natural resource exploitation activities. The right to freedom of peaceful assembly in natural resources exploitation contexts facilitates constructive dialogue, fosters transparency and accountability and allows excluded groups to voice their grievances, hence requiring specific attention and protection according to international laws and standards. In particular, the United Nations Declaration on the Rights of Indigenous People provides inter alia for the right of indigenous peoples to free, prior and informed consent if they are relocated from their lands or territories (A/RES/61/295, article 10). The Special Rapporteur encourages the State to overturn any legislation that curtails the right to freedom of peaceful assembly. Moreover, he articulates that there should be a presumption in favour of holding peaceful assemblies and associating freely and that security considerations should not be used as a justification for unduly strict rules or interpretations that void the rights to freedom of peaceful assembly and of association. He reminds that in a democratic society, no restrictions may be placed on the exercise of these rights unless strictly necessary and proportionate to the interest to be protected.

Move-on laws
The Special Rapporteur welcomes the decision of the Victoria State’s government to introduce a bill in the lower House of Parliament in March 2015 to repeal restrictive laws regulating protests. He notes with appreciation that the Victoria State’s Government repealed in April 2014 the amendments to the controversial “move-on laws” which, in his opinion, granted police extensive powers to move protestors obstructing buildings of traffic or “causing people to have a reasonable fear of violence”, and looks forward to receiving information on the outcome regarding to the 2014 law reviewing Victoria’s Summary Offenses Act, which, in his view, imposes harsh penalties on offenders.

Responses to communications
The Special Rapporteur thanks the Government of Australia for its replies to the communications sent during this reporting period.

The Special Rapporteur reiterates his concerns that the provisions of the Criminal Code Amendment (Prevention of Lawful Activity) Bill 2015 in the state of Western Australia are so broad as to prohibit peaceful acts of protest and establish prohibitions that go far beyond the legitimate restrictions established by the International Covenant on Civil and Political Rights, especially articles 19 and 21. He remains also concerned that the mandatory and disproportionate penalties could have the deterrent effect on the legitimate exercise of the right to peaceful assembly and the right to freedom of expression, silencing and punishing human rights defenders and any dissenters that hinder, obstruct or prevent a lawful activity. He urges the relevant authorities to amend the draft to bring it into compliance with international human rights norms and standards.