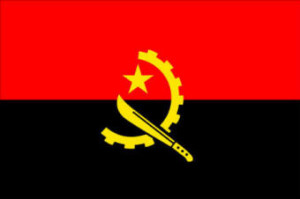 Summaries and communications are published only in the language of submission (in the case of Angola, English).

Observations
The Special Rapporteur regrets that no reply has been received from the Government of Angola to the allegation letters sent during the reporting period. He considers responses to his communications as an important part of the cooperation of Governments with his mandate, and urges the authorities to provide as soon as possible detailed responses to all the concerns raised in these communications.

The Special Rapporteur recommends that the Government of Angola put in place an enabling and safe environment allowing individuals to exercise their legitimate freedoms of peaceful assembly and association without undue hindrances. He reiterates the content of the operative paragraph 2 of the Human Rights Council Resolution 24/5 that “[r] reminds States of their obligation to respect and fully protect the rights of all individuals to assemble peacefully and associate freely, online as well as offline, including in the context of elections, and including persons espousing minority or dissenting views or beliefs, human rights defenders, trade unionists and others, including migrants, seeking to exercise or to promote these rights, and to take all necessary measures to ensure that any restrictions on the free exercise of the rights to freedom of peaceful assembly and of association are in accordance with their obligations under international human rights law.”

The Special Rapporteur thanks the Government of Angola for its response dated 11 December 2015. He trusts he will soon receive a response to the questions raised in the communication sent on 28 September 2015, in conformity with the requirement of Human Rights Council resolutions 24/5 (2013), 21/16 (2012) and 15/21 (2010) to fully cooperate with the mandate.

The Special Rapporteur is taking note of the answer provided by the Government regarding communication AGO 3/2015, stating that the 17 individuals arrested are in custody for crimes of rebellion and of crimes of preparatory acts to practice rebellion. He urges the Government to reply to his communication regarding the alleged arbitrary arrest and detention of Mr. José Marcos Mavungo, and the charges of “sedition” and “rebellion” brought against him, as well as the alleged arbitrary arrest and detention of Mr. Arão Bula Tempo and Mr. Manuel Biongo (AGO 2/2015).

The Special Rapporteur reiterates his serious concerns regarding both communications alleging arbitrary arrests and detentions against several individuals, charges brought against them, and the fact that the judicial proceedings seemed to be aimed at preventing these individuals from peacefully exercising their legitimate human rights activities, including their rights to freedom of expression and peaceful assembly. He reiterates his concern at the apparent use of criminal law proceedings to silence non-violent dissenting voices and criticism of the Government in theses communications. Finally, he insists on the critical health situation of Mr. Henrique Luaty da Silva Beirão (AGO 3/2015), as well as of Mr. Mavungo and Mr. Tempo (AGO 2/2015).

He reminds the Government of its obligation to ensure that human rights defenders in Angola can carry out their legitimate work in a safe and enabling environment without fear of threats or acts of intimidation and harassment of any sort, including excessive use of force. Moreover, he urges the State to take all necessary steps to secure the rights to freedom of peaceful assembly and association as per articles 21 and 22 of the International Covenant on Civil and Political Rights acceded by Angola on10 January 1992.

He also takes this opportunity to recall the observations of the Human Rights Committee that call upon the State to, inter alia, “refrain from prosecuting journalists, human rights defenders and other civil society actors as a means of deterring or discouraging them from freely expressing their opinions” and to “ensure that the exercise of the right to peaceful assembly is not subject to restrictions other than the ones permissible under the Covenant” (CCPR/C/KHM/CO/2, paragraphs 21b and 22).

The Special Rapporteur reminds the Government of his pending request to visit Angola, as indicated by his letter sent in 2013. He trusts that such a visit would allow him to examine first-hand issues related to his mandate, identify good practices and formulate pertinent recommendations to relevant stakeholders. He looks forward to receiving a positive reply at the earliest possible opportunity. He reiterates that Human Rights Council resolution 15/21, which established his mandate, and 24/5, which renewed it for an additional period of three years, both call on States to consider favourably his requests for visits.