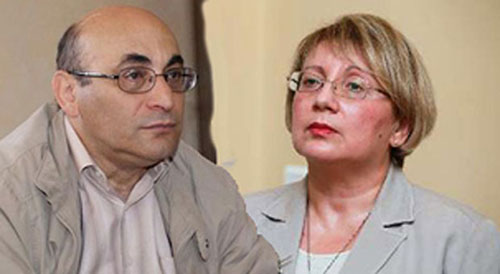 On 13 August 2015, the Baku Grave Crimes Court sentenced Ms. and Mr. Yunus to eight and a half and seven years’ imprisonment respectively on charges of fraud, tax evasion, and illegal entrepreneurship. They also face charges of treason.

“The authorities of Azerbaijan must put an end immediately to all forms of persecution against human rights activists in the country,” the experts said. “Leyla and Arif Yunus are two of many activists in Azerbaijan, which include Anar Mammadli, Rasul Jafarov and Intigam Aliyev, who have been targeted because of their legitimate human rights work.”

“Silencing these prominent voices is having a devastating impact on the Azerbaijani civil society as a whole,” the experts warned.

They expressed further concern about the serious deterioration of the health of the two human rights activists during their extended period in pre-trial detention, as well as throughout the course of their trial. “We call on the Azerbaijani authorities to immediately provide them with adequate medical care,” they said.

The human rights experts also drew attention to the fact that Ms. and Mr. Yunus’ trial fell short of international norms and standards on the right to a fair trial. “We are troubled at the lack of examination of the evidence provided and the refusal to allow international independent observers into the courtroom during the trial proceedings,” the experts noted.

The UN experts reminded the Azerbaijani authorities of their legal obligations under international human rights law that guarantees everyone in Azerbaijan the rights to freedom of opinion, expression and association, the right not to be arbitrarily deprived of liberty, the right to a fair trial and the right to enjoy the highest attainable standard of physical and mental health.

“The State has the primary responsibility to protect human rights defenders from any form of harassment, intimidation and retaliation arising as a result of their legitimate and peaceful human rights activities,” they stressed.