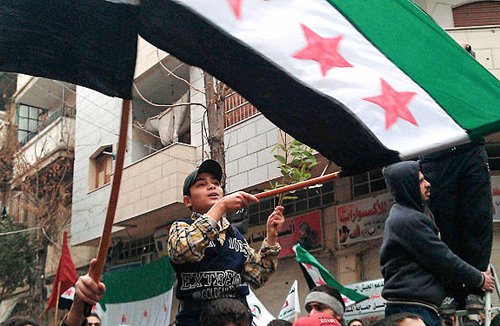 A group of UN human rights experts* today warned that the scale and gravity of the violent crackdown in the Syrian Arab Republic continues unabated, and reiterated their call for an immediate end to the violent strategies adopted by the Government to quash the on-going demonstrations.

“We continue to receive reports on systematic use of excessive force resulting in killings and injuries; allegations of torture, enforced disappearances, arbitrary arrests and detention of protestors; targeting of human rights defenders; and unjustified limitations on freedoms of peaceful assembly and expression,” the independent experts said.

Arbitrary executions:
“The indiscriminate use of heavy artillery against demonstrators cannot be justified; no State is allowed to use its military force against an unarmed civilian population regardless of the situation prevailing on the ground,” said the UN Special Rapporteur on extrajudicial, summary or arbitrary executions, Christof Heyns. “The killings that result are clearly arbitrary executions and punishable under international law.”

Torture:
“Syria has disregarded, and continues to, every international norm against torture and ill-treatment,” said the UN Special Rapporteur on Torture, Juan Méndez. “Its leaders must cease such acts immediately and take note that they will be held accountable for their action.”

Freedom of opinion and expression:
“I am deeply concerned by the Government’s continued attempts to prevent the world from knowing the extent of atrocities unfolding on the ground by refusing access to foreign journalists, in violation of the right of all individuals to seek, receive and impart information and ideas of all kinds,” said the Special Rapporteur on the right to freedom of opinion and expression, Frank La Rue.

Human Rights defenders:
The Special Rapporteur on the situation of Human rights defenders, Margaret Sekaggya, also urged the Government of the Syrian Arab Republic “to release the human rights defenders who are still detained as a result of their activities of promoting human rights, democratic reforms and national reconciliation.” Ms. Sekaggya added that “full access to the country should be granted to independent human rights organisations as well as to the fact-finding mission mandated by the Human Rights Council”.

Impunity:
“The Government of Syria cannot be allowed to violate with impunity its obligation to uphold international law nor attack the very citizens it has sworn to protect without consequences,” stressed the UN independent experts. “We unequivocally call on the Government of Syria to immediately cease the violent crackdown, stop the killings and pursue dialogue through peaceful processes.”