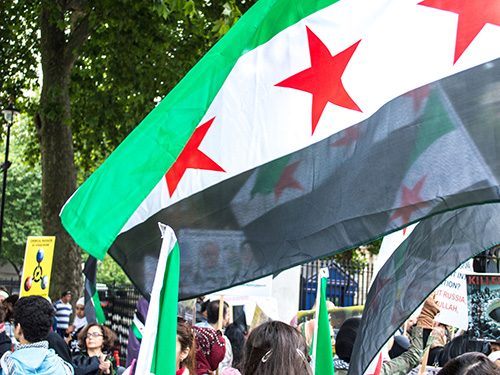 GENEVA – A group of United Nations independent human rights experts* today emphasized that the UN Security Council’s decision not to refer the situation in  Syria to the International Criminal Court (ICC) leaves the door wide open for new atrocities in the ongoing conflict.

“The double veto last week to a resolution referring the situation in Syria to the ICC is likely to expose the Syrian population to further gross human rights and humanitarian law violations,” they said. “The failure to hold those responsible for the violations to account may fuel further atrocities.”

The human rights experts stressed that “given the absence of prosecution at the domestic level it was the UN Security Council’s responsibility to refer the situation to the International Criminal Court.”

“Referring the situation in Syria to the ICC would have been an important and most necessary step both to protect civilians against continued and future violations by all sides to the conflict, and to curb impunity for the grave violations of human rights and humanitarian law, some amounting to crimes against humanity,” they noted.

Three years after Tunisia: thoughts and perspectives on the rights to freedom of assembly and association from UN Special Rapporteur Maina Kiai
May 5, 2014

“Syria must stop using violent strategies against civilians, now”
August 5, 2011
View the quotes in your language: