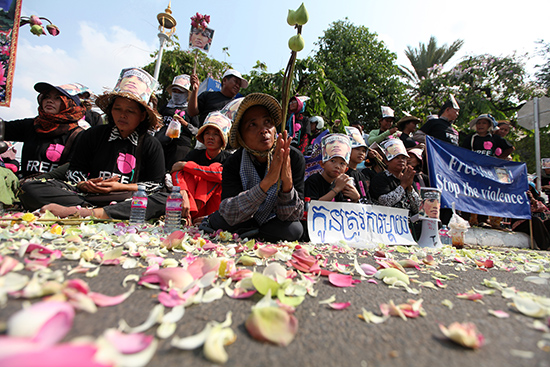 Kiai, who is the Special Rapporteur on the rights to freedom of peaceful assembly and of association, will begin his tour in Singapore on Feb. 3-4, where he will take part in a regional consultation to help inform his next thematic report to the Human Rights Council.

The report, which will be presented in June 2014, will focus on groups most at risk of retribution when exercising or seeking to exercise their rights to freedom of peaceful assembly and of association. Members of civil society from throughout Asia will also attend the consultation.

Kiai will visit Cambodia on Feb. 5-7, where he will meet with civil society members, labor activists and other stakeholders to discuss the state of the rights to peaceful assembly and association in the country.

Following months of massive post-election protests, Cambodia recently instituted a broad crackdown on public demonstrations which has left four people dead, dozens injured and a number of activists imprisoned in the past month, according to NGO and media reports. All public gatherings have now been banned. Kiai has closely followed recent freedom of association and assembly related issues in Cambodia, sending nine communications to the government since 2011.

“The post-election protest movement in Cambodia has been remarkable in its size and persistence,” Kiai said. “This is a testament to the importance of the right to peaceful assembly, and I am deeply concerned by the authorities’ harsh crackdown over the past month.”

News media also reported in December that the Cambodian government planned to revive a proposal for an NGO law in 2014. An earlier draft of the legislation was shelved in 2011 after massive outcry from local and international groups. The last draft of the law would have made registration of associations and NGOs mandatory, and prohibited any activity by unregistered groups. At the time, Maina Kiai called this provision “a clear infringement of the right to freedom of association” which risked violating the International Covenant on Civil and Political Rights.

For a PDF version of the press release, please see here.