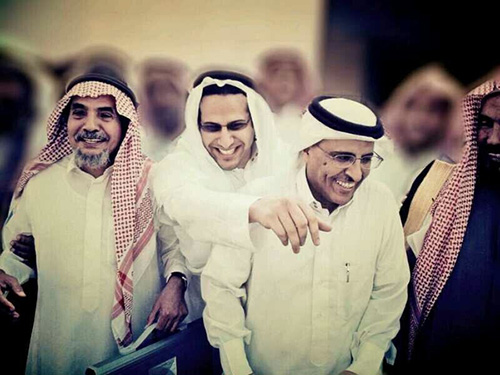 GENEVA – The United Nations Working Group on Arbitrary Detention has renewed its call for Saudi Arabia to release nine human rights activists who were jailed after participating in activities relating to the promotion and protection of human rights.

Special Rapporteur Maina Kiai and a number of other UN experts have endorsed their call.

The men should be freed immediately as their detention is in violation of international human rights standards, according to the expert panel which assesses cases independently in the light of international law.

The expert panel said there had still been no move to free the men, one year after it had delivered its formal opinion that their deprivation of liberty is arbitrary, being in contravention of articles 9, 10, 19 and 20 of the Universal Declaration of Human Rights.

“The Working Group reiterates its call for the immediate release of the detainees and the provision of reparations for the harm caused,” the group said. “We would like to remind Saudi Arabia of its obligations vis-à-vis these individuals, and we also recommend that it releases all those in similar situations.”

Most of the jailed activists had ties with the Saudi Civil and Political Rights Association (ACPRA), a prominent human rights group which worked for legal, political and constitutional reform until it was banned by the Government in 2013.

The men are serving jail terms of between 4 and 15 years after being convicted of, inter alia, “forming an unlicensed organization”; “seeking to disrupt security and inciting disorder by calling for demonstrations”; “harming the image of the State by disseminating false information to foreign groups.”. The nine – Sheikh Suliaman al-Rashudi, Abdullah al-Hamid, Mohammed al-Qahtani, Abdulkareem Yousef al-Khoder, Mohammed Saleh al-Bajadi, Omar al-Hamid al-Sa’id, Raif Badawi, Fadhel al-Manasif, and Waleed Abu al-Khair – include some of ACPRA’s founding members.

“Other prisoners being held in similar circumstances should also be freed”, the group added, as their continued detention could contravene the Universal Declaration of Human Rights and the UN Declaration on Human Rights Defenders.

The UN Working Group first raised concerns about the nine detainees a year ago, finding that the men whose cases they reviewed had been arbitrarily deprived of their liberty as a result of exercising their rights to freedom of expression and peaceful assembly, and some had not received fair trials.

The Working Group expresses its concern about the consistent pattern of arbitrary arrests and detention in Saudi Arabia and the persecuting human rights defenders in retaliation of their work.

ACPRA, one of only a handful of independent civil society organizations in the country, was advocating for a government based on the rule of law, with a constitution, independent judiciary, separation of powers, popular representation and government accountability.