Maina Kiai and two other United Nations experts have urged the State Duma not to adopt legislative amendments that can adversely impact civil society in Russia. The Special Rapporteurs on freedom of association, human rights defenders and freedom of expression warned that the draft law, if approved, would brand as ‘foreign agents’ all foreign-funded non-commercial organizations (NCOs) engaging in political activities, and impose harsh penalties for non-compliance with the new requirements. 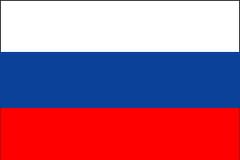 According to the draft legislation to regulate NCOs’ activities, which is currently being discussed in the State Duma, NCOs wishing to engage in ‘political activities’ will have to register as organizations ‘performing the functions of foreign agents’ before receiving foreign funding. The term ‘foreign agent’ has been considered as carrying a negative connotation in Russia, and could be interpreted as a synonym for ‘foreign espionage.’

Moreover, the draft law stipulates that any material published by such organizations will have to be labelled as being published or distributed by NCOs ‘performing the functions of foreign agents.’ In the event that international NCOs wished to conduct activities in Russia, a mandatory auditing from a solely Russian organization will be required, and the results will be made available through the Government-authorized body’s website or the mass media. Also, strict control measures will be applied on foreign-funded NCOs to closely monitor their activities.

For the Special Rapporteur on the situation of human rights defenders, Margaret Sekaggya, “those advocating for the protection of fundamental freedoms should not be placed under special scrutiny, irrespective of whether support has been received from beyond Russian borders.”

“I am gravely concerned that putting human rights defenders under such scrutiny will deter them from performing their important work,” Ms. Sekaggya stressed. “Furthermore, the extensive requirements proposed for NCOs ‘engaging in political activities’ could apply to any advocacy activity performed by NCOs with foreign support, and therefore infringes on the right of human rights defenders to raise human rights issues in public.”

“Labelling NCOs and their materials by law as ‘foreign agents’ is clearly intended to stigmatize any activity conducted by civil society receiving foreign support, including legitimate ones,” said the Special Rapporteur on the rights to freedom of opinion and expression, Frank La Rue. “Everyone should be entitled to promote their ideas freely without arbitrary restrictions.”

“These fines are clearly disproportionate and they shift the burden of proof on NCOs exercising legitimate human rights activities,” the three UN Special Rapporteurs said. “Should this draft law come into effect, it will certainly have vast negative consequences for civil society in Russia.”

The full press release is available in English and Russian via OHCHR.