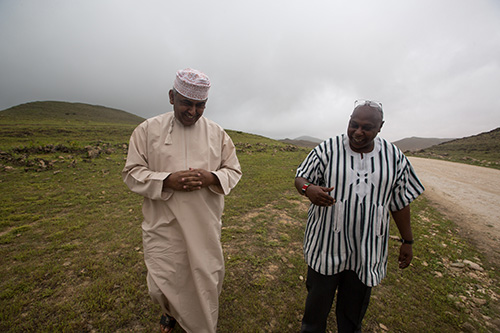 GENEVA – A group of United Nations independent experts has urged the Government of Oman to release Said Ali Said Jadad, a prominent human rights defender who has been advocating for democratic reforms in the country and has been repeatedly detained. Mr. Jadad’s latest detention took place on 21 January, without an arrest warrant.

Mr. Jadad is scheduled to be transferred from the Police Headquarters in Salalah to appear in court in Muscat in the coming days, on charges of undermining the prestige of the state, incitement to sit-ins and demonstrations, steering up sectarian strife and offending state officials.

“This is not the first time that I have been informed about acts of reprisals against Mr. Jadad following my official visit to Oman in September 2014,” the Special Rapporteur on the rights to freedom of peaceful assembly and of association, Maina Kiai, said. “Mr. Jadad has been repeatedly detained since 10 December and I am worried that he was arrested for having met with me during my visit.”

“I urge the Omani Government to ensure the safety of Mr. Jadad and to guarantee that no human rights defender in the country is subjected to any form of reprisals – including threats, harassment, imprisonment or judicial proceedings,” Mr. Kiai stated.

The Special Rapporteur on the situation of human rights defenders, Michel Forst, pointed out that “Mr. Jadad’s recurring detention is unacceptable as it seems to be an act of reprisal for cooperating with international organizations, such as the UN and its human rights mechanisms.”

“I am concerned that Mr. Jaddad is being arbitrarily deprived of his liberty for having exercised his rights to freedom of opinion and expression and freedom of association, as guaranteed by articles 20 and 21 of the Universal Declaration of Human Rights,” said Mads Andenas, who currently chairs the Working Group on Arbitrary Detention.

“We steadfastly condemn the detention of individuals who seek to contribute to the promotion and protection of human rights and we call for Mr. Jadad’s immediate release,” the independent experts said.

The experts have been in contact with the Government of Oman on the abovementioned issues.