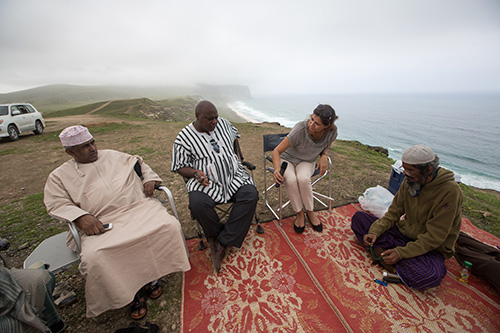 MUSCAT / GENEVA – “Just as Oman has successfully modernized and is a strong state, it can and should embrace further openness,” United Nations human rights expert Maina Kiai said at the end of his first official visit to the country.

The Special Rapporteur on the rights to freedom of peaceful assembly and of association urged the Omani Government to embrace human rights with the same energy and focus they have devoted to economic development since opening up to the world 40 years ago.

“This is the time for Oman to build on these achievements by adopting a human rights and people-centred approach that can lead to the full enjoyment of fundamental rights and freedoms, including rights to freedom of peaceful assembly and of association,” Mr. Kiai said.

The expert noted a “consistent focus” on maintaining peace, order and stability in the country, which is often used for limiting assembly and association rights. This, in turn, creates “a pervasive culture of silence and fear affecting anyone who wants to speak and work for reforms in Oman,” he stressed, noting that some activists “reported reprisals, before and during my visit, following their attempts to contact or meet with me.”

“Stability is certainly important,” the Special Rapporteur said, “but it is crucial to emphasize that the enjoyment of civil and political rights on one hand, and stability on the other, are not mutually exclusive. In fact, human rights are the foundation for true and sustainable stability.”

The Basic Law of Oman nominally guarantees the right to peaceful assembly, but requires that this right must be ‘within the limits of the Law.’ Unfortunately, the human rights expert said, these limits “are quite restrictive, to the point where they often annul the essence of the right.”

For example, Mr. Kiai noted, gatherings of more than nine people require the authorities’ de facto approval. “Under international law, the exercise of the right to freedom of peaceful assembly should not be subject to authorization by the authorities,” he said.

The expert also expressed concern over reports of excessive force and arbitrary arrests in response to peaceful assemblies, particularly during the wave of social-reform protests in 2011 and 2012.

The Basic Law of Oman also establishes the right to form associations, but the Special Rapporteur pointed out that this right “is virtually non-existent in practice.” The law on associations limits the type of associations that may be formed, makes registration mandatory and gives unbridled discretion to the Ministry of Social Development to approve or deny registration applications for “any reason the Minister deems relevant.” It also bans political parties.

“Given the deep and fundamental flaws in the current association law, I would recommend that the Government consider a new law altogether that is in line with the relevant provisions of international human rights law instruments,” Mr. Kiai said.

The Special Rapporteur drew special attention to the newly enacted Law on Nationality, which states that Omani nationals may lose their citizenship if they engage in an organization deemed to be working against the country’s interest. “There is apprehension that this law can be used to threaten or punish civil society activists who dare to peacefully dissent. I share these concerns,” he stressed.

He also expressed concern about the inability of activists to freely associate online. Access to some Voice over Internet Protocol (VoIP) and instant messaging services is limited and a number of bloggers and writers have been imprisoned, he noted.

During his six-day visit, Mr. Kiai met State officials, members of the judiciary and of Parliament, representatives of the National Human rights Commission and members of civil society.

The Special Rapporteur will present his report on this visit to the Human Rights Council during its 29th session in June 2015.

For Maina Kiai’s full statement at the conclusion of his visit to Oman (in English, Arabic and English/Arabic audio), please click here.

For more on Oman, please see our Oman country page.