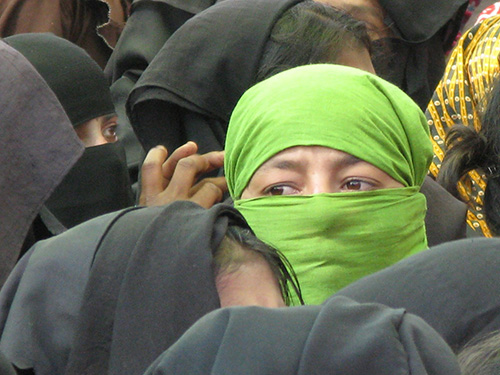 “Recent developments in Rakhine State are the latest in a long history of discrimination and persecution against the Rohingya community which could amount to crimes against humanity.” He warned that the evacuation of aid workers, following the recent attacks on UN and NGO premises in Sittwe, “will only increase the vulnerability of this community”.

“These workers were in Rakhine State providing essential life-saving support, including health services, water and food to internally displaced persons, isolated villages, and other affected communities,” he explained. “The withdrawal of these workers will have severe consequences on the enjoyment of fundamental human rights, including the right to life.”

Water availability could reach critical levels within a week in some displacement camps, particularly in Pauktaw. The impact on healthcare will be particularly severe for the 140,000 people still in such camps in Rakhine State and the 700,000 vulnerable people outside the camps.

Mr. Ojea Quintana noted the Government’s commitment last week to ensure the safety and protection of UN and other international agencies’ personnel, and underlined the need for the prompt return of all humanitarian staff so that their life-saving work can resume with all communities.

Prior to these latest developments, in his latest report to the UN Human Rights Council in March the Special Rapporteur reported that, taking into consideration the information and allegations he had received throughout his six years on the mandate, crimes against humanity may have been committed in Rakhine State.

The Special Rapporteur also expressed concern about the ongoing census in Myanmar: “The Government’s decision against self-identification of the Rohingya for the census is not in compliance with international human rights standards,” he stressed.

Self-identification for the Rohingya has been at the root of some protests in the past in Rakhine State that led to violence and human rights violations and abuses for which there is yet to be accountability. “The ongoing census risks this cycle repeating itself,” the expert said.

“Self-identification should constitute a pillar of the collection of ethnically disaggregated data. It is related to respect for the rights of individuals to assert their own identity,” Mr. Ojea Quintana stated. “To deny self-identification is therefore a violation of human rights.”

During his latest mission to the country last February, the Special Rapporteur heard from a range of ethnic groups that the ethnic categories included in the census did not reflect how they identified themselves.

“It is not only in Rakhine State that people object to the ethnic categories included in the census,” he noted. “It became clear during my discussions with communities in Kachin State that the Government has approached the census without sufficient or meaningful consultation with all affected communities.”