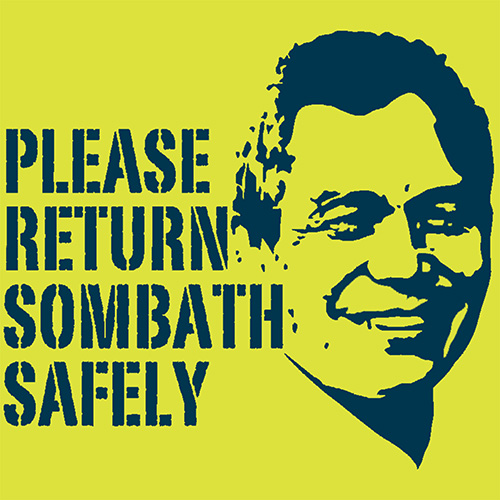 “It is high time for the authorities of the Lao People’s Democratic Republic (PDR) to voluntarily request international assistance with the aim of shedding light on Mr. Somphone’s fate and whereabouts, two years after his disappearance,” the experts said. “International law makes clear that the Government of the Lao People’s Democratic Republic has the duty to carry out an independent, thorough, credible and effective investigation.”

Mr. Somphone is a prominent human right activist working on issues of land confiscation and assisting victims in denouncing such practices. He was last seen at a police check point with his car parked in the police compound.

“We urge the authorities to release more information about the progress of investigation, especially to his family,” the independent experts stressed. “In the absence of any tangible progress, we strongly recommend that an international team of experts work jointly with the Lao People’s Democratic Republic’s to fulfil its legal obligations.”

“We also encourage all States to offer their support to the Government of Lao PDR to ensure that the disappearance of Mr. Somphone is thoroughly investigated,” the experts added.

The situation of human rights in Lao is due to be assessed in January 2015 through the Universal Period Review process, which involves a review of the human rights records of all UN Member States. Under the auspices of the Human Rights Council, the process provides the opportunity for each State to declare what actions they have taken to improve the human rights situations in their countries and to fulfil their human rights obligations.

“We call on the Government of the Lao People’s Democratic Republic to fully cooperate with the Human Rights Council and its Special Procedures mechanisms,” they added.

The experts hope that the authorities will respond favorably to a request for an invitation to visit the country by the mandate of the UN Special Rapporteur on the rights to freedom of peaceful assembly and of association.