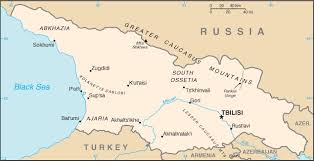 The UN Special Rapporteur on the rights to freedom of peaceful assembly and of association, Maina Kiai, will undertake the first visit of his tenure to Georgia from 6 to 13 February 2012, at the invitation of the Government.

“With elections planned for this year, Georgia has a wonderful opportunity to enhance the enjoyment of all human rights for all its citizens, and especially the rights to freedom of peaceful assembly and of association, which are the fulcrum for the enjoyment of democracy and economic development,” said the independent human rights expert, who will travel to Tbilisi, Kutaisi and Batumi.

“This mission will provide me with an opportunity to look in-depth at issues concerning freedoms of peaceful assembly and association in Georgia, by allowing me to collect first-hand information from the different actors concerned.”

A press conference will be held on Monday, 13 February, at the Courtyards Marriott at the Freedom Square in Tbilisi, from 14h00 to 16h00, during which the Special Rapporteur will share his preliminary findings and recommendations.

Based on information gathered during the visit, Mr. Kiai will present a report containing its final observations and recommendations at the 20th session of the Human Rights Council.

Maina Kiai was appointed as Special Rapporteur on the rights to freedom of peaceful assembly and of association in March 2011 by the Human Rights Council for an initial period of three years. He took up his functions on 1 May 2011. As Special Rapporteur, he is independent from any Government or organization and serves in his individual capacity.

For more about the visit, including the final report, please see here.