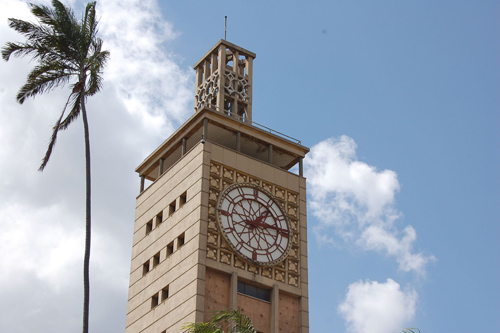 GENEVA – A group of United Nations Special Rapporteurs today urged the Government of Kenya to reject legislation that would impose severe restrictions on civil society. “The Bill is an evidence of a growing trend in Africa and elsewhere, whereby governments are trying to exert more control over independent groups using so-called ‘NGO laws,’” the human rights experts warned.

The Bill, which was presented to Parliament on 30 October, would amend Kenya’s Public Benefit Organization Act of 2012 and grant the Government sweeping and potentially arbitrary powers to deny registration for such organizations, including NGOs. It would also cap foreign funding at 15% of their total budgets and channel all their funding through a government body, rather than going directly to beneficiary organizations.

“The amendments to the regulations of associations contained in the draft law could have profound consequences for civil society organizations in Kenya, including for those involved in human rights work, and could deter individuals from expressing dissenting views,” the UN Special Rapporteur on the situation of human rights defenders, Margaret Sekaggya, stressed.

The expert called on the Kenyan authorities to immediately suspend the legislative process of the Bill, and to re-evaluate it in line with international human rights norms and standards, and urge them to further consult civil society in a meaningful way, and pay due attention to their concerns.

The draft law includes vague provisions that provide broad discretional power to the body designated to regulate associations, which may impose ‘from time to time […] terms and conditions for the grant of certificates of registration, permits of operation and public benefits organization status.’

“The Bill opens the door to undue State interference in civil society affairs as it allows a closer Presidential oversight of the board commanding the associations’ regulatory body,” the Special Rapporteur on the rights to freedom of peaceful assembly and of association, Maina Kiai, cautioned.

The Special Rapporteurs drew special attention to the provisions on funding of associations, which create administrative barriers to accessing funding, compromise associations’ independence and run counter to international law and best practices.

Update Dec. 4, 2013: According to local media reports in Kenya, the proposed amendments to the PBO Act have been withdrawn.