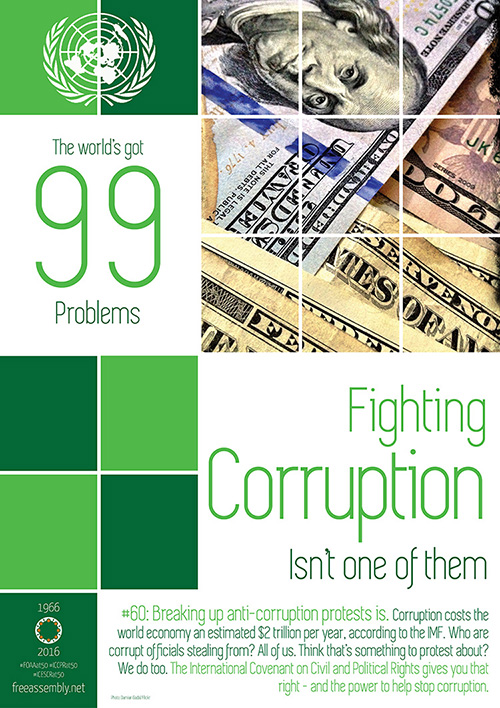 GENEVA – A group of UN human rights experts* has condemned a violent clampdown on a peaceful protest in the Kenyan capital, Nairobi, while urging the authorities to investigate claims of excessive use of force and arbitrary arrest – both against demonstrators and journalists – and to hold all perpetrators accountable.

The demonstrators were protesting against alleged government corruption when police used teargas and batons to disperse them. A number of people are reported to have been injured or detained during the incident on 3 November.

“Interference with the right to freedom of peaceful assembly is inexcusable at any time, but it is especially repugnant when demonstrators are calling for government accountability,” the experts said. “Protesters may sometimes raise uncomfortable truths, but holding people in power to account is a central function of peaceful assemblies in a democracy.”

The experts also expressed alarm at the timing of the crackdown, less than a year before Kenyans elect a new president in August 2017. They said creating an environment where opinions could be expressed peacefully was key to avoiding a repeat of the wave of violence which followed the disputed presidential poll in 2007.

“Beating protesters does not make their grudges go away. Rather, it intensifies them, because it sends the message that the government does not care,” they stressed. “This approach does not foster a culture of dialogue; it fosters a culture of violence, which is exactly the opposite of what Kenya needs right now.”

The UN independent experts also expressed grave concern over reports that police had attacked journalists covering the protest, in some cases damaging their equipment.

“International law protects the right of everyone – including journalists and human rights defenders– to observe, monitor and report on such events,” the experts said. “It also imposes a duty on States to protect the rights of monitors to do their jobs, even if the gatherings turn violent. Attacking journalists who perform this important public duty is simply unfathomable.”

The UN Special Rapporteurs called on the Kenyan authorities to respect the demonstrators’ fundamental rights at future protests, and noted that they would be watching developments closely.