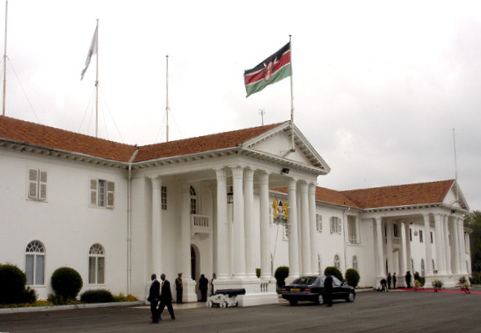 NAIROBI – Special Rapporteur Maina Kiai has filed an amicus curiae brief before the High Court of Kenya in Nairobi, arguing that protesters’ assembly rights were violated when they were prevented from staging an anti-corruption protest in front of the President’s official residence in 2015.

The protesters, led by activist Boniface Mwangi – who is the petitioner in the case – planned to march from a nearby park to the residence, where they would present a petition acting the President to act firmly on the issue of corruption. The march was to take place on International Day Against Corruption, Dec. 9, 2015.

The group notified authorities of their proposed route, but the request to march to Gate A of State House, the presidential residence, was denied. No reasons were provided.

In his brief, the Special Rapporteur asserts that international law protects the right of protest organizers to choose the location of their assembly – whether it is static or mobile. Thus, any restriction imposed on the location must meet the stringent requirements under international law for “legitimate restrictions” to the right to freedom of peaceful assembly. That is, they must be: (1) in conformity with the law; (2) designed with a legitimate government aim in mind; and (3) necessary in a democratic society.

The Special Rapporteur argues that the restrictions in this case did not meet this test.

“On its face, the prohibition of all access to State House and its vicinity for peaceful assemblies does not meet the proportionality requirement,” the Special Rapporteur writes in the brief. “Full prohibition of the location indicated by the organizers is severe, especially when the location has a symbolic meaning for the message the assembly organizers wish to convey. Alternative measures, such as agreeing with the organizers on the time to access that location, would be less intrusive.”

Kiai also noted that the Kenyan regulation restricting protests at State House – the Protected Areas Order – does not specifically mention the roads around State House or State House Gate A as “protected areas,” meaning there was no legal basis for the restriction.

Further, the government did not specify what “legitimate aim” was served by banning the march. While national security at the president’s residence may be a legitimate aim, it does not automatically follow that the entire perimeter of State House should be off limits to protest. On the contrary, such spaces are politically important and ought to be “considered as public spaces and [where] peaceful assemblies should be allowed to take place,” he writes.

The Special Rapporteur concludes by inviting the High Court of Kenya to conduct a thorough analysis of the case with reference to international law.

The brief, which was filed on May 27, 2016, is the fourth official court filing in the UN expert’s project to advance the rights to freedom of peaceful assembly and of association through the use of litigation in national and regional courts.

The full amicus brief is available at this link.

For more on the project, and for information on other cases, please see our litigation hub page.