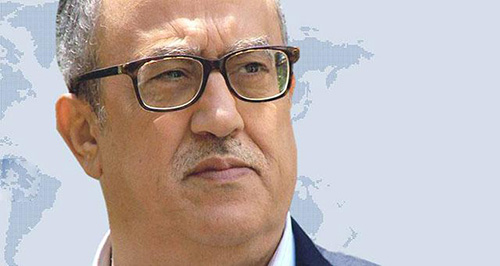 GENEVA – The United Nations Special Rapporteur on  freedom of opinion and expression, David Kaye, today condemned the killing of Nahed Hattar, a prominent Jordanian journalist and writer who was well-known for his opposition to both the Government and to radical Islam.

Mr. Hattar was shot dead on 25 September 2016 as he was about to enter the court in Amman where he was on trial for sharing on social media a caricature deemed blasphemous by the authorities. Mr. Hattar was arrested a number of times in the 1990s, and survived an assassination attempt in 1998.

“The killing of Mr. Hattar is appalling, and it is unacceptable that no protection measures had been put in place to ensure his safety, particularly when the threats against him were well known to the authorities,” the expert said. “I am also concerned to hear reports that the authorities have banned the sharing of information about Mr. Hattar’s murder.”

Nahed Hattar turned himself in to the police on 13 August 2016, a day after the authorities issued an arrest warrant against him. He was later charged with the crime of ‘insulting religion’ and ‘causing sectarian strife and racism’.

In a recent communication to the Jordanian authorities, a group of UN human rights experts raised concern about Mr. Hattar’s arrest and the criminalization of the legitimate exercise of his right to freedom of expression. As they explained, the legal basis for the charges for which he was to appear before court amount to the criminalization of blasphemy, which is incompatible with Jordan’s obligations under international human rights law.

“I urge the authorities not only to bring the assailant to justice, but also to bring its legislation into line with international human rights law and to encourage a culture of diverse expression,” the expert stressed.

“The repetition of such horrendous acts can only be deterred by encouraging an open space for diverse expression, where expression is countered by expression instead of bullets,” the Special Rapporteur concluded.