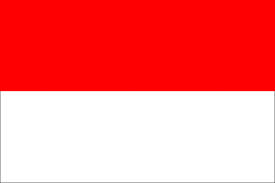 A group of United Nations independent experts on freedoms of association, expression, and religion and on the situation of human rights defenders today warned that the Bill on Mass Organizations -due for vote later this week in Indonesia- threatens with undue restrictions the rights to freedom of association, expression, and religion. They urged Members of Parliament to amend the Bill to bring it in line with international human rights norms and standards.

“The State must ensure that any restriction on the rights to freedom of association, expression, and religion is necessary in a democratic society, proportionate to the aim pursued, and does not harm the principles of pluralism, tolerance and broadmindedness,” stressed the UN Special Rapporteur on the rights to freedom of peaceful assembly and of association, Maina Kiai. The expert noted that this legislative initiative runs contrary to the remarkable progress towards democratization Indonesia has made since the past decade, which has paved the way for a flourishing civil society.

Associations are not only restricted to limited categories of activities by the Bill, but also subjected to vague prohibitions, including bans on conducting activities which ‘endanger the unity and safety of the Unitary Republic of Indonesia’ and ‘embracing, instigating, and propagating beliefs and religions conflicting with Pancasila.’

“I am dismayed by these provisions; they are illegitimate and must be amended accordingly,” Mr. Kiai highlighted, noting that the Government has also proposed to further ban ‘activities which are the duty and jurisdiction of the law enforcers and government,’ which could be interpreted as preventing associations from uncovering instances of bad governance, including corruption cases.

“Associations should be free to determine their statutes, structures and activities and to make decisions without State interference,” Mr. Kiai pointed out, warning that the Bill threatens associations with burdensome administrative requirements.

The Bill also allows the Government to oversee the administration of associations through the establishment of an information system, to be determined by regulations. “The use of such a system could infringe on the autonomy of civil society organizations and on their rights to privacy and freedom of expression,” said the Special Rapporteur on the promotion and protection of the rights to freedom of opinion and expression, Frank La Rue.

The Bill also significantly curtails the activities of foreign associations, which must obtain a permit from the Ministry of Foreign Affairs to operate, and whose activities must be in accordance with the philosophy of Pancasila as embedded in the legislation, should not disrupt the ‘stability and oneness’ of Indonesia, and should not carry out ‘practical political activities’ or fundraising or activities ‘which disrupt diplomatic ties.’

In addition, foreign nationals willing to (co)found an association face discrimination as they must, among other things, have lived in Indonesia for at least seven consecutive years and place Rp10 billion (over US$1 million) of their personal wealth in the association.

“I am concerned that certain provisions in the Bill will hamper the legitimate human rights work of civil society in the country, in particular of foreign societal organizations”, said, the Special Rapporteur on the situation of human rights defenders, Margaret Sekaggya.

Finally, the Government may suspend associations without obtaining a prior court order. “Let me stress that suspension of associations should only be sanctioned by an impartial and independent court in case of a clear and imminent danger resulting in a flagrant violation of domestic laws, in compliance with international human rights law”, stated Mr. Kiai.

“We stand ready to provide technical assistance needed with a view to ensuring that the Bill meets international law standards,” the experts concluded.