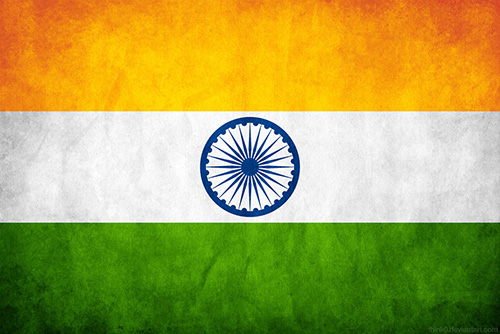 GENEVA – Three United Nations human rights experts today called on the Government of India to repeal the Foreign Contribution Regulation Act (FCRA), which is been increasingly used to obstruct civil society’s access to foreign funding, and fails to comply with international human rights norms and standards.

“We are alarmed that FCRA provisions are being used more and more to silence organisations involved in advocating civil, political, economic, social, environmental or cultural priorities, which may differ from those backed by the Government,” said the UN Special Rapporteurs on human rights defenders, Michel Forst, on freedom of expression, David Kaye, and on freedom of association, Maina Kiai.

The experts’ call comes as the Indian Ministry of Home Affairs suspended for six months the registration of the non-governmental organization Lawyers Collective, under the FCRA. The suspension was imposed on the basis of allegations that its founders, human rights lawyers Indira Jaising and Anand Grover, violated the act provisions by using foreign funding for purposes other than intended.

Despite detailed evidence provided by the NGO to rebut all allegations and prove that all foreign contributions were spent and accounted for in line with FCRA, the suspension was still applied.

“We are alarmed by reports that the suspension was politically motivated and was aimed at intimidating, delegitimising and silencing Lawyers Collective for their litigation and criticism of the Government’s policies,” the experts said noting that the NGO is known for its public interest litigation and advocacy in defence of the most vulnerable and marginalised members of Indian society.

“We are also concerned about procedural irregularities surrounding the order, including repeatedly leaked information to the press of suspension notices against the Lawyers Collective months before those were formally served to the NGO,” they stated.

The UN experts further recalled the outstanding national and international profile as human rights lawyers of Ms. Jaising, a former member of the UN Committee on the Elimination of Discrimination Against Women (CEDAW), and Mr. Grover, who was the UN Special Rapporteur on the right to health from 2008 to 2014.

“We strongly urge the Government to reverse its decision and embrace the invaluable contribution of the two prominent human rights defenders in upholding constitutional values in India,” the experts said. “We encourage the authorities to ensure a safe and enabling environment for human rights defenders and civil society, which play a critical role in holding the Government to account and buttressing the Indian democracy.”

Many civil society organizations in India now depend on FCRA accreditation to receive foreign funding, which is critical to their operations assisting millions of Indians in pursuing their political, cultural, economic and social rights. The ability to access foreign funding is vital to human rights work and is an integral part of the right to freedom of association.

However, FCRA’s broad and vague terms such as ‘political nature’, ‘economic interest of the State’ or ‘public interest’ are overly broad, do not conform to a prescribed aim, and are not a proportionate responses to the purported goal of the restriction*.

It was claimed that the founders of Lawyers Collective were targeted partly due to their legal assistance to human rights defender Teesta Setalvad in a separate FCRA suspension, ordered in September 2015 against Sabrang Trust and Citizens for Justice and Peace, both headed by Ms. Setalvad. The Government also suspended the registration of Greenpeace India under the FCRA for six months earlier in April 2015. These concerns were previously communicated by the UN experts to the Government.

“Human rights defenders and civil society must have the ability to do their important job without being subjected to increased limitations on their access to foreign funding and the undue suspension of their registration on the basis of burdensome administrative requirements imposed to those organizations in receipt of foreign funds,” the UN human rights experts concluded.

For a detailed analysis of FCRA, see the Info Note of 20 April 2016 prepared by the Special Rapporteur on the rights to freedom of peaceful assembly and of association: http://freeassembly.net/news/india-fcra-info-note/