Maina Kiai and two other UN Independent Experts welcomed today the recent decision of the European Court of Human Rights that signaled clearly that associations which convey radical extreme-right messages have no place in democratic societies. 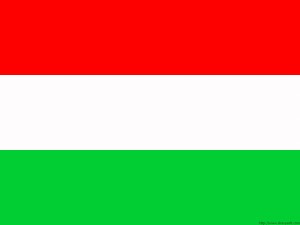 “We praise the decision of the European Court of Human Rights as it represents a much needed call for action for the defence of the rights and dignity of persons belonging to minorities, Roma people in the present case,” said the UN Independent Expert on minority issues, Ms. Rita Izsák.

“The Court’s decision is clear: as article 20 of the International Covenant on Civil and Political Rights provides that any statements that incite or advocate racial hatred are prohibited and should attract judicial censure,” added the Special Rapporteur on contemporary forms of racism, Mr. Mutuma Ruteere.

“The attacks of such racist groups against democracy deserve particular and constant attention, as they are a far cry from situations where States put undue limitations on freedom of association with a view to muzzling voices of dissent,” Mr. Kiai said.

Since an escalation of attacks against Roma in 2008 and 2009, during which several Roma were killed, the Hungarian authorities have been trying to tackle anti-Roma violence.

In response to rallies inciting racial hatred and discrimination organized by the Magyar Gárda Mozgalom, the Budapest Chief Prosecutor’s Office lodged a court action to dissolve the Movement. On 16 December 2008, the Budapest Regional Court ordered the dissolution of both the Association and the Movement arguing that they were liable for having created an anti-Roma atmosphere by verbal and visual demonstrations of power, which amounted to an abuse of the relevant law on associations, ran counter to human dignity and prejudiced the rights of Roma citizens. The ruling was upheld both by the Budapest Court of Appeal and by the Supreme Court of Hungary.

The European Court concluded that the messages that the concerned association had repeatedly conveyed were of such a grave and intimidatory nature for the targeted groups that action was necessary and justified.

The full press release can be found in English and Chinese via OHCHR.