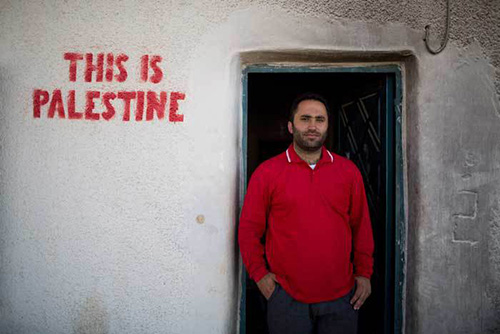 “We have received a worrying number of complaints in recent months regarding human rights defenders who are arrested and, in many cases, arbitrarily detained, often apparently as a direct result of their important work in their communities,” said the UN Special Rapporteur on the OPT, Michael Lynk, and the UN Special Rapporteur on human rights defenders, Michel Forst.

“Human rights work is critical to creating a just society and maintaining peace and security. These are the goals all parties ultimately share,” the experts stressed. “However, it appears that rights defenders are facing ever greater challenges in the OPT.”

The Special Rapporteurs drew special attention to the cases against Issa Amro, founder of the Hebron-based group Youth Against Settlements, and Farid al-Atrash, a lawyer from Hebron, who were arrested due to their participation in a peaceful protest in February of this year. Mr. Amro is currently facing trial in an Israeli military court on 18 charges dating back to 2010, including participation in a rally without a permit.

“This relatively unusual practice of bringing up stale charges, which were not pursued many years ago, strongly suggests that Mr. Amro is being unfairly targeted due to his legitimate and peaceful human rights work,” the experts noted.

“Mr. Amro has been subject to a concerted pattern of harassment and intimidation by the Israeli authorities aimed at inhibiting his work as a human rights defender,” they said recalling previous warnings from UN human rights experts. “This trial appears to form part of this same pattern.”

The two Special Rapporteurs emphasized that charges of participation in a rally without a permit  are nearly impossible to avoid for Palestinians in the West Bank who peacefully protest and oppose the almost 50 year-old occupation.

They noted that Israeli Military Order 101 (issued in 1967) effectively prohibits free association and assembly, in clear violation of the basic tenets of international human rights law.

“The right of all those who are seeking hope and participation in concrete, nonviolent action must be protected, particularly as we are seeing the deepening entrenchment of the Israeli occupation and the accompanying human rights violations,” they stressed.

The Special Rapporteurs also recalled the case of Hasan Safadi, media coordinator for Addameer human rights organization, whose three-month administrative detention order was renewed for an additional six months on 8 December. And the case of Salah Khawaja, a member of the Stop the Wall Campaign, who was arrested on 26 October and remains in detention without charges.

“We are also troubled by reports of harassment and threats made against groups seeking to promote accountability and engage with the International Criminal Court,” the UN experts said.

“We call on the Israeli authorities to ensure fair trial guarantees for human rights defenders and respect their unfettered exercise of fundamental freedoms of expression, peaceful assembly and association,” they said.

The Special Rapporteurs will continue to follow these cases closely and recalled their outstanding requests to visit the Occupied Palestinian Territory at the earliest opportunity.