What is permissible and what is not when countering terrorism? UN experts welcome new African guidelines 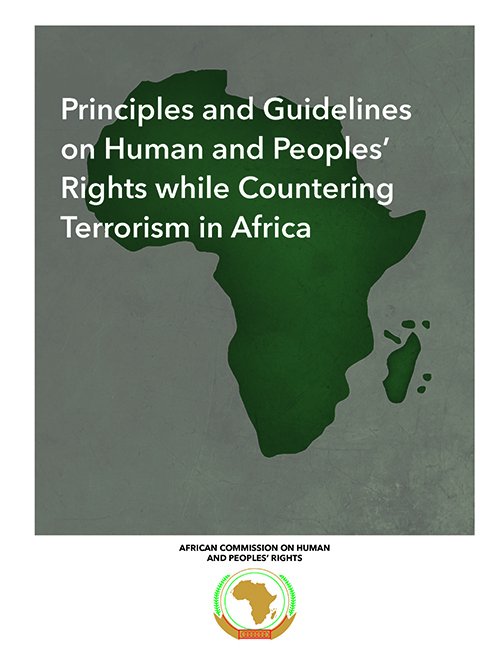 GENEVA – A group of eighteen United Nations independent experts, including Maina Kiai, has welcomed the new Principles and Guidelines on Human Rights while Countering Terrorism in Africa launched this year by the African Commission on Human and Peoples’ Rights (ACHPR).

Speaking ahead of an upcoming ACHPR’s panel discussion in Banjul, The Gambia (11 April), in which Member States will be briefed on the new Principles and Guidelines, the UN experts called on all African governments to fully implement the Commission’s recommendations in order to respect human rights in the context of fighting terrorism.

“We commend the ACHPR’s effort to draw a clear line of demarcation between what is permissible and what is not, when countering terrorism.

Against a growing trend of countries moving away from international legal norms and standards on a global scale and at a time when terrorist groups, such as ISIS, Boko Haram or less known ones, are bringing harm and suffering to countless people in Africa, this document represents a principled stand on human rights and the rule of law in the Continent.

The essence of lawful State action, when countering terrorism, requires States to protect national security and public safety in full respect of individuals’ human rights and fundamental freedoms, while recognizing that many rights are absolute and that human rights abuses often lead to or exacerbate pre-existing tension and instability.

All strategies and policies adopted by States to counter terrorism must be firmly grounded in and comply with international law, in particular human rights law, refugee law and international humanitarian law. It also remains a priority that the death penalty is not used for terrorism-related cases.

In the exceptional circumstances when rights-limiting measures are considered, their potential impact on women, children, migrants, ethnic and religious communities or any other specific group must also be considered. All measures must be subject to effective parliamentary and judicial scrutiny.

Particular attention should be paid to any impact on freedom of expression, privacy, freedom of thought, conscience and religion, as well as on the legitimate work of human rights defenders. Measures that specifically target individuals or groups, whether in law or practice, must be necessary, proportionally applied and not discriminatory on any basis, including religion, ethnicity, nationality or migratory status. When individuals are subjected to human rights abuses, they must have access to an effective remedy.

We hope that the ACHPR Principles and Guidelines will help to bring additional coherence among national endeavors in Africa to promote and protect human rights while adding value to international efforts relating to the prevention and combating of terrorism.

The effective implementation of these Principles and Guidelines in accordance with United Nations counter-terrorism norms and standards can give Africa a welcome opportunity to further enhance its role as a key partner in the international community towards upholding international law and safeguarding human rights and global security.

Initiatives such as the Principles and Guidelines are undoubtedly steps in the right direction. However, while acknowledging the efforts made in the regional context in attempting to define terrorism, achieving an international consensus on what constitutes terrorism remains equally important.”

The guidelines are available at the following links: